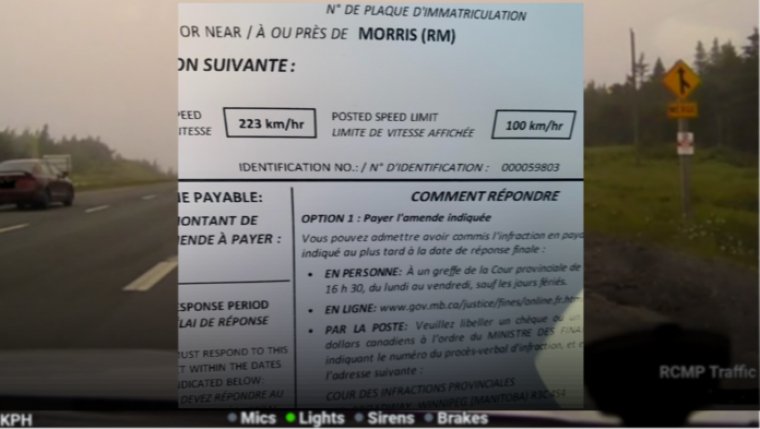 WINNIPEG - Police say they’re scratching their heads after a Manitoba driver told officers he was showing off for a friend by driving more than twice the speed limit.

Manitoba RCMP say officers caught up with the 20-year-old motorist while his vehicle was moving 223 km/h along Hwy. 75. The posted speed limit along that stretch of road, near Provincial Trunk Highway 29 in the RM of Morris, is 100.

Mounties say officers gave the driver a serious offence notice, which means his license is now under review. A hearing with Manitoba Public Insurance and a Justice of the Peace will decide how pricey the fine for the infraction will be.

The highest speed limit in Manitoba is 110 km/h along the Trans-Canada Hwy., which went up from 100 along most twinned sections in 2015. The fastest limit in Canada is found along a B.C. highway, where the speed limit is 120.

MPI says 23 people are killed every year in Manitoba on average because of speeding.