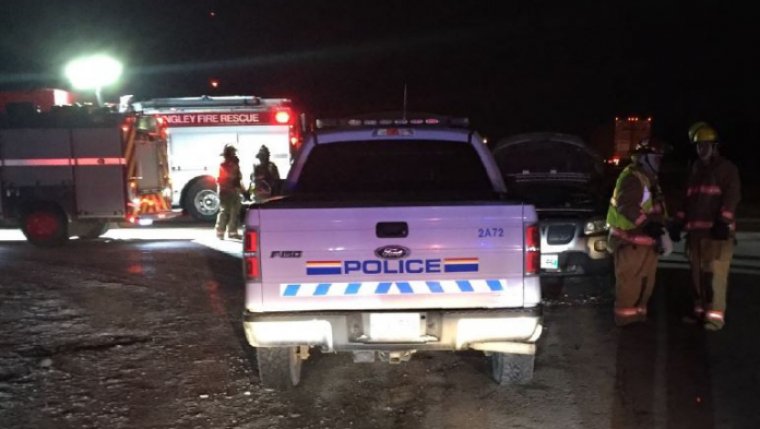 WINNIPEG - RCMP say a Manitoba woman is facing charges after hitting three vehicles while driving impaired and threatening witnesses with a knife after they came to help.

Officers responded to a collision near the corner of the North Perimeter and Hwy. 6. Mounties say they were told of a vehicle going westbound on the Perimeter Highway and appeared to be trying to exit north onto Highway 6. Investigators say it drove through the ditch instead, and then struck three vehicles at the intersection. Witnesses told police that when they approached to help one of the other drivers, the suspect pulled out a knife.

A 31-year-old woman from Easterville, MB was arrested and taken back to a nearby RCMP detachment. She is charged with refusing to comply with a demand to provide breath samples after an accident resulting in bodily harm, and possessing a weapon for a dangerous purpose.

Two people in their 40s suffered non-life-threatening physical injuries in the crash.