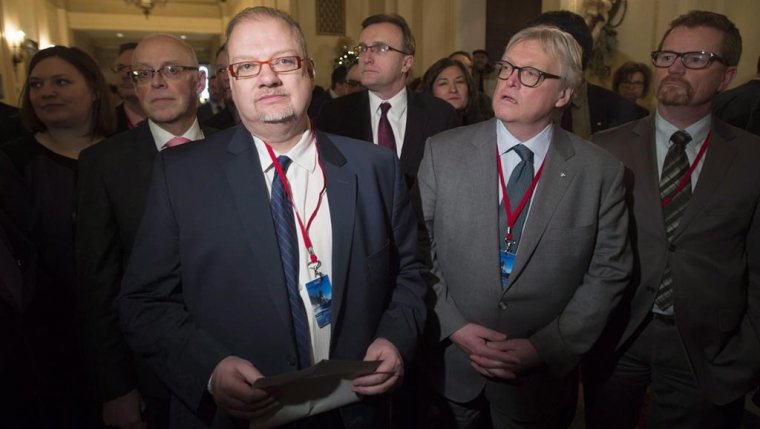 WINNIPEG — The Manitoba government will be getting advice on education reform from a consultant who recently prompted Nova Scotia to eliminate elected school boards and make other sweeping changes.

Avis Glaze has been hired as the lead consultant for a commission that will review all aspects of the kindergarten to Grade 12 school system, Education Minister Kelvin Goertzen said Friday.

One issue the commission will look at is whether there are too many school divisions across Manitoba. There are six English−language divisions in Winnipeg alone.

Many people think the number of elected school board members — about 290 — is too high, Goertzen said.

"I’m not ruling out any sort of recommendations that (may) come forward, but we’d need to see some evidence that it’s the right number." Goertzen said.

"I certainly hear more people talk about less than more, particularly in Winnipeg where you have a number of different divisions."

The review is also to examine ways to improve literacy, graduation rates and test scores in math and science.

It is being lead by Clayton Manness, who cut school funding as education minister in the 1990s, and Janice MacKinnon, a former Saskatchewan finance minister who balanced the provincial budget with a mix of spending cuts and tax hikes in the mid−1990s.

Glaze once served as Ontario’s royal commissioner on education. Last year, she produced a report for the Nova Scotia government that led to the province replacing elected English−language school boards with a 15−member advisory council.

Her report also suggested school principals and vice−principals no longer be part of the teachers union. She recommended that teachers should be part of a new licensing body that could discipline problem teachers.

Manitoba Opposition NDP Leader Wab Kinew said he is worried the government may be focused more on cost−cutting than improving education. The Progressive Conservative government has promised to balance the budget by 2024 and is projecting a deficit of $360 million for the coming fiscal year.

"The concern we have for this whole process is that it’s just laying the groundwork for cuts to education," Kinew said.

The Manitoba review is expected to be complete by early 2020. Goertzen said Glaze will take a fresh look at Manitoba’s education system.

"I think she’ll do what any good consultant does and look at the lay of the land, how are we different from other jurisdictions, look at the uniqueness of Manitoba. And I wouldn’t expect a report that is a carbon copy of other reports that she’s done."