Manitoba Civil Servants Can Have Booze at Office Parties, But Not Pot 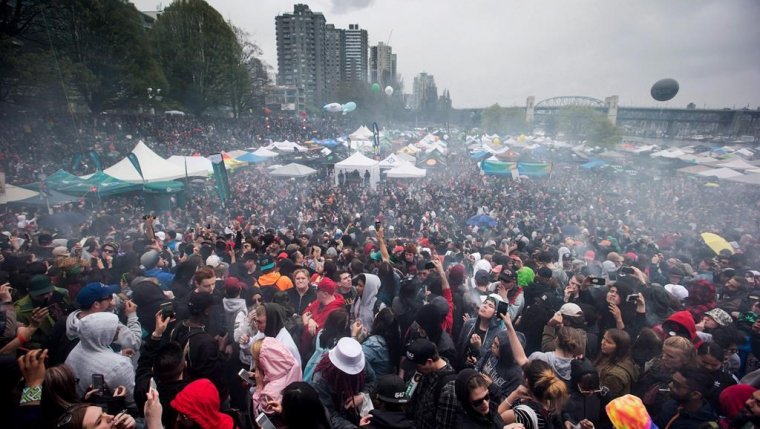 WINNIPEG — Manitoba civil servants will be able swig a beer at office parties, but smoking a joint will still be a no−no after recreational cannabis is legalized, says a draft policy obtained by The Canadian Press.

It’s an issue that many employers, both public and private, will have to deal with once marijuana becomes legal this year.

"Alcohol is ingrained in our ways of doing business. Marijuana isn’t," said Sean MacDonald, who teaches business administration at the University of Manitoba’s Asper School of Business

"Particularly within corporate Canada, there is still a long distance in terms of both education and cultural transformation before they’re going to view (alcohol and marijuana) on the same level."

The five−page draft policy from Manitoba’s civil service commission, to take effect once recreational pot is legal, says booze will still be OK at some functions, but pot won’t be.

"Consumption of alcohol may be acceptable when in conjunction with a workplace event or social function where consumption has been authorized by the appropriate employing authority," the document states.

"The use of cannabis is prohibited at all times in relation to working hours ... and work−related events or social functions, unless it has been prescribed (medically)."

There will also be different rules for buying liquor and cannabis on a lunch break under the draft policy.

"Employees who purchase alcohol during a rest period or meal break may store the alcohol, unopened, in a discreet location in the workplace until the end of that work day," the policy states.

"The possession and/or storage of cannabis in the workplace is prohibited at all times, unless it has been prescribed."

MacDonald said many employers will initially be cautious when it comes to cannabis and set down strict rules.

"I am sure over time they will evolve and probably loosen up to some degree."

The Manitoba civil service commission would not comment on the draft policy, other than to say it is still a work in progress.

"An updated policy on workplace impairment is being drafted and will be made available publicly once finalized," the commission said in a brief written statement.