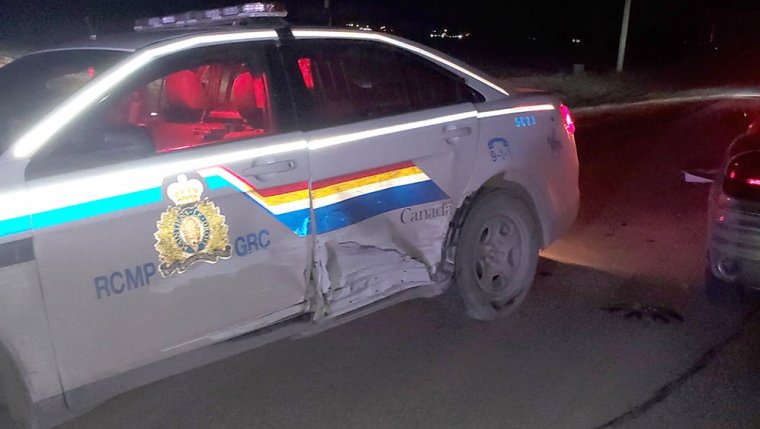 Steinbach RCMP say more needs to be done to curb unsafe driving along their main stretch of road as officers try to respond to a flurry of phone calls and letters from frustrated citizens over the past several months.

Steinbach City Council made a unanimous decision in September to add an extra police officer to their streets, solely tasked with enforcing the rules of the road — and voted in favour of asking the Manitoba government to give them the OK to set up red light cameras at problem intersections.

Under the Traffic Act, Winnipeg is currently the only municipality that has permission to have the traffic enforcement technology — but both police and city officials in Steinbach agree that an officer writing tickets alone isn’t enough to keep their streets peaceful and safe.

While Winnipeg’s 49 “Intersection Safety Cameras” are criticized as a revenue source, the city says photo enforcement is meant to reduce collisions and injuries by reducing red light running and speeding, freeing up police resources to look after other crimes.

Steinbach is currently served by a force of 16 RCMP officers, which, for a city of around 16,000 people, makes for a proportion that’s far thinner than the provincial average of around one for every 520 residents, according to data from Statistics Canada.