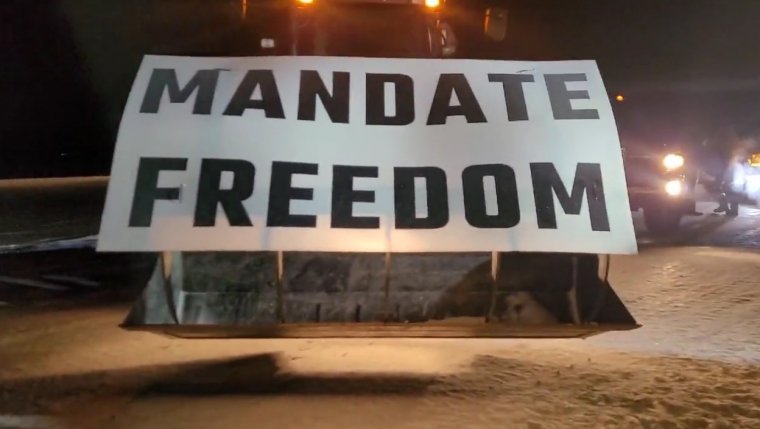 WINNIPEG - Semi-trailers and farm tractors blocking traffic at the US border in Emerson could impact emergency response times.

David Carlson is the local reeve and he says municipalities on both sides of the border share duties but so far protesters are only allowing livestock through.

The Canadian Manufacturers and Exporters Association says the demonstration against COVID-19 restrictions could cripple the flow of goods between the two countries.

The association wants an end to the protest because the country and economy are being held for ransom.