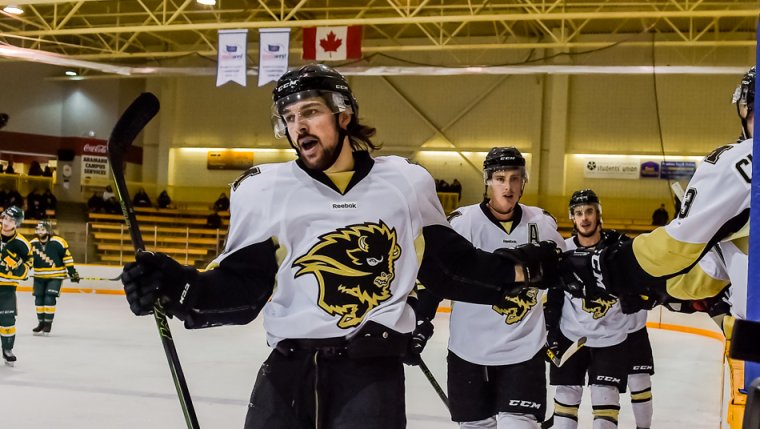 WINNIPEG, MB. - The Manitoba Bison men's hockey team is ranked at number 9 in the U SPORTS Top 10.

The ranking is the first time this season the Bison's have broken the Top 10. it's especially important with this coming road weekend series, a battle for second place in the Canada West conference.

The Bisons play the No. 4 Ranked Saskatchewan Huskies on January 12-13.

Heading into the two game weekend series, Manitoba sits in third spot in the Canada West standings with a current 11-5-2 record for 24 points and only five points out of second held by Saskatchewan with a 14-3-1 record. The Top 4 will host a playoff round. Alberta is first with 31 points while Mount Royal, UBC and Lethbridge are tied for fourth at 17 points in the eight team conference.

The Bisons have four players in the Canada West Top 20 scoring. Third year forwardMichael St. Croix who has seven goals and 15 assists for 22 points in 18 games, good for a tie for third place. Third year defenceman and alternate captain Adam Henry has 4 goals and 13 assists which puts him tied for 10th with 17 points while second year forward Kamerin Nault, with 10 goals and 6 assists and third year forward Zach Franco, with 5 goals and 11assists, are tied for 13th spot with 16 points.