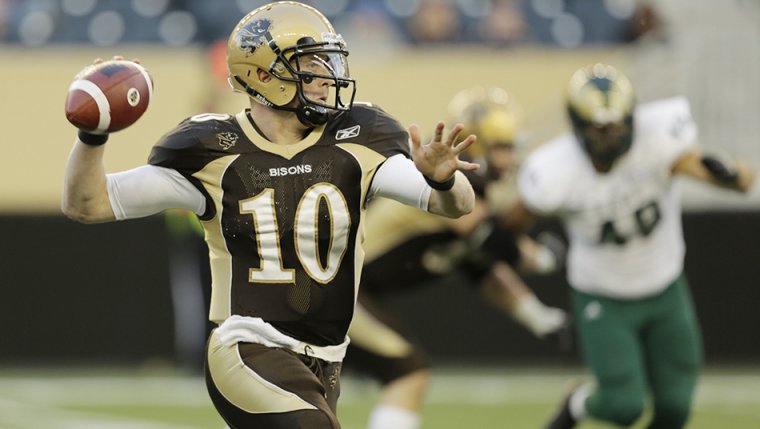 EDMONTON – The University of Manitoba Bison Football team is ranked 4th for the upcoming 2018 Season.

The UBC Thunderbirds were picked to take home the Hardy Cup, as the Canada West football pre-season coaches poll was released Monday. UBC, who has played in the last three Hardy Cups, received first-place votes from the conference's five other programs to top the poll with 25 points.

UBC's opponent in the last three Canada West championship games and winners of the last two, Calgary earned UBC's first-place vote, and second-place votes from the conference's other four teams.

The pair of football powers – who provided one of the greatest games in Canadian university football history last season when Calgary won the 81st Hardy Cup 44-43 with a 59-yard field goal on the final play of the game – meet twice this season. Calgary hosts UBC Friday, September 7, before UBC returns the favour Saturday, September 22.

Slotting in behind the clear frontrunners is a pack of three teams separated by just two points. The Regina Rams earned third with 14 points, while the Manitoba Bisons (13 pts.), and Alberta Golden Bears (12 pts.) weren't far behind. Along with UBC and Calgary, Regina and Alberta were the conference's two other playoff teams in 2017.

Rounding out the poll were the Saskatchewan Huskies, who received fifth-place votes from all five coaches for a total of five points.