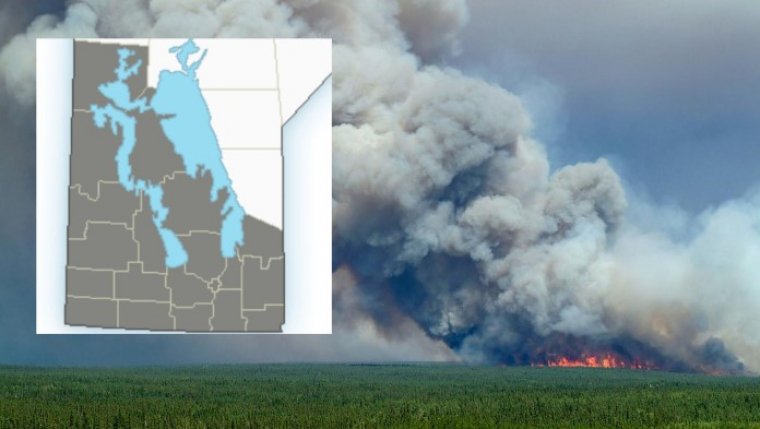 Western, central, and southern Manitoba were blanketed with smoke Thursday night, and while the federal forecaster lifted alerts for Winnipeg and much of the southeast just before 10 this morning, residents west of the city are still encouraged to limit outdoor and strenuous physical activity. Manitobans in affected areas are also encouraged to reduce exposure to smoke by staying indoors; and turn off furnaces and air-conditioning units that may draw smoke indoors. People at higher risk include young children, the elderly, pregnant women, and people with heart conditions or asthma.

Meanwhile, a fire remains out of control northeast of Richer, almost 60 kilometres southeast of Winnipeg. Manitoba Conservation says the fire started in mixed woods earlier this week and has grown to around 530 hectares in size. Three fire crews have been dispatched to fight the blaze, with additional help from two helicopters, air tankers, and two bulldozer groups. The cause is being investigated.

Those with questions or concerns about their health can contact Health Links at 1-888-315-9257. More information on the health effects of smoke is available on the province’s website.