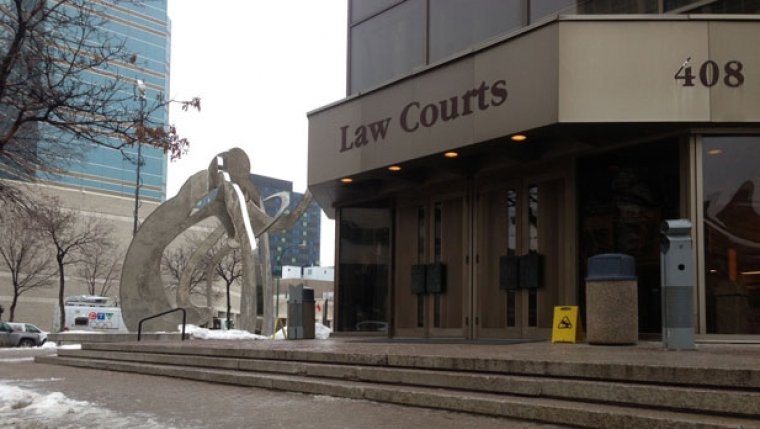 WINNIPEG — A Manitoba man convicted of manslaughter in the death of his 21−month−old daughter said he did his best to be a father.

"I’m just a hardworking man," Daniel Williams said at a sentencing hearing on Thursday in Winnipeg.

"I try to provide for my family."

A jury found Williams guilty in February in the 2014 death of Kierra Elektra Starr Williams on Peguis First Nation, which is about 145 kilometres north of Winnipeg.

Kierra was seized at birth by child welfare workers but was returned to the family in the summer of 2013, the trial heard. Her mother, Vanessa Bushie, hit, kicked and dragged the child, family members testified.

Kierra’s body showed signs of months of abuse at the time of her death on July 17, 2014. She had broken bones, a dislocated shoulder and missing teeth. She was also severely malnourished and covered in bruises.

The cause of the child’s death was blunt force trauma to the abdomen and internal blood loss.

Bushie received a life sentence, with no chance of parole for 14 years, for second−degree murder last year.

Defence lawyer Greg Brodsky said Williams was suffering from battered spouse syndrome and was controlled by the mother of his children.

Williams was working long hours and volunteering to help people in his community, Brodsky said, and didn’t think Kierra was in danger. The lawyer read letters from family members describing Williams as a kind person and good father.

Williams never "hit, chastised or dealt with Kierra," Brodsky said, and he could not have foreseen the child’s death

Crown lawyers argued that there was no way Williams didn’t know what was happening, he just chose to do nothing about it. They said Williams failure to stop Kierra’s mother or seek help resulted in her death.

Williams spoke softly when he was given an opportunity to address the court. He said Bushie told him that their daughter was regularly going to doctor’s appointments and he did what he could.

"She was feeding me lies all along I guess," he said.

The sentencing will continue in the fall.