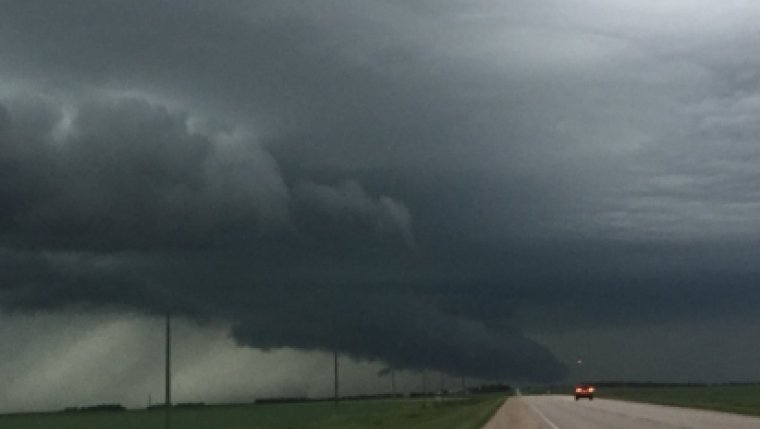 WINNIPEG - Parts of southern Saskatchewan and Manitoba were pounded by hail and heavy rain in a storm that included tornado warnings in some areas.

There were reports of baseball-size hail as Environment Canada says a supercell moved through the region Thursday, creating favourable conditions for the heavy weather.

The storm knocked power out in some communities and concerns about lightning prompted officials to temporarily halt a CFL game in Winnipeg between the Blue Bombers and the Edmonton Eskimos.

Manitoba Hydro said they are working to restore power as quickly as they can.

With Files From Canadian Press