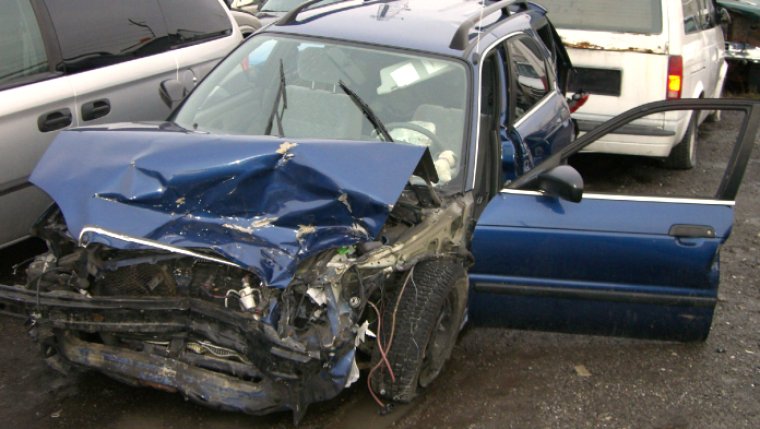 WINNIPEG - Motorists on Manitoba’s roads are getting more reminders of how critical it is to drive sober — and to help put a stop to drunk driving — thanks to a campaign out of the province’s western region.

A group of volunteers with Mothers Against Drunk Driving’s Brandon-area chapter is part of an effort to put up signs along roads across the province that they hope will help prevent fatalities that result from irresponsible driving. One of MADD Canada’s newest sets of signs has been installed on roads that lead into the town of Virden, Manitoba. They urge citizens to report drivers they believe to be impaired by pulling over and calling 911.

The MADD chapter's volunteer secretary sees the impact of drunk driving all too often as a member of the Brandon Police Service, and everyone else on the board of directors has lost a relative to drunk driving. 20-year-old U of M student Taylor Renwick was on her way to visit family, over three hours west of Winnipeg, for Thanksgiving, when a vehicle driven by an impaired 27-year-old man struck hers head on in early October 2015. RCMP say she was killed on impact as she neared St. Claude, Manitoba on Hwy. 2, half an hour south of Portage la Prairie. Four years later, Taylor's mother and older sister would join MADD’s Brandon-area chapter, her sister eventually becoming president, her mother, Vicki, the treasurer.

Vicki says the group has installed signs all over western Manitoba over the past year advising motorists to report drunk drivers, as well as another sign: “Impaired Driver Caught Here.”

Earlier this month, RCMP say a vehicle driven by a 36-year-old Thompson man struck two children ages two and four while they were walking down a sidewalk, sending one of the victims to hospital with serious injuries. Police arrested the suspect after he tried to flee the scene on foot, and say he later blew three times the legal limit for alcohol.