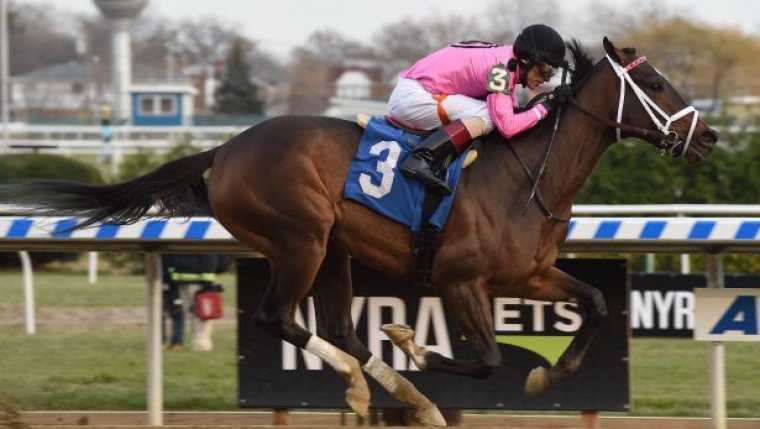 On Wednesday night at Assiniboia Downs, Mr. Dazzle, a 1-5 pre-race favorite in the $27,500 Osiris Stakes for two-year fillies, stumbled out of the gate and never recovered. That left the four-filly field wide open for longshot Eye Catching, with Chavion Chow in the irons, to make a nice late run, catch another longshot, Say It’s Not So with Prayven Badrie up, and win by a neck.

This weekend, the big stakes races are outside of Winnipeg. The Canadian Derby will be live from Northlands Park in Edmonton. It will be the final race of the final day of racing at Northlands. Next spring, Northlands will be replaced by Century Mile south of the city near the airport, a brand new Taj Mahal for Alberta racing.

As well, it will be Travers Stakes Day at Saratoga in upstate New York. The biggest race of the summer season will feature the Canadian filly, Wonder Gadot, running in a tough field that includes some of the finest colts in North America. Here are the entries and post positions for the $1.25 million Travers Stakes:

THE 149th TRAVERS STAKES FROM SARATOGA

The fact that Mark Casse’s Wonder Gadot, with the brilliant Irad Ortiz Jr. in the saddle, is 5-1 against the boys says a lot about the 2018 Queen’s Plate and 2018 Prince of Wales Stakes winner. Especially in a field that includes Good Magic, Catholic Boy, Mendelssohn, Bravazo and Gronkowski. Good Magic just won the Haskell at Monmouth, Bravazo was second in the Preakness, Mendelssohn won the Breeder’s Cup Juvenile Turf last fall and the UAE Derby this year, Catholic Boy is the Tampa Bay Derby and Belmont Derby champion and Gronkowski was second in the Belmont Stakes.

It’s going to be a hard mile-and-a-quarter for Wonder Gadot. A filly hasn’t won the Travers in more than 100 years and Wonder Gadot is in the toughest race of her life. If you can’t get to the Downs to wager on the race, it will be televised on NBC at 3 p.m. CST.

Meanwhile, with only 10 days of racing remaining in this year’s 50-date meet at Assiniboia Downs, Antonio Whitehall still has a comfortable lead in the jockey standings. Whitehall is on top with 36 wins, 43 seconds and 35 thirds in 209 starts with an impressive $409,280 in winnings for his owners.

There is racing at the Downs this weekend on both Friday and Saturday nights. Post time each evening is 7:30. First post parade is at 7:15 p.m.