Lights of the North Construction to Begin Soon 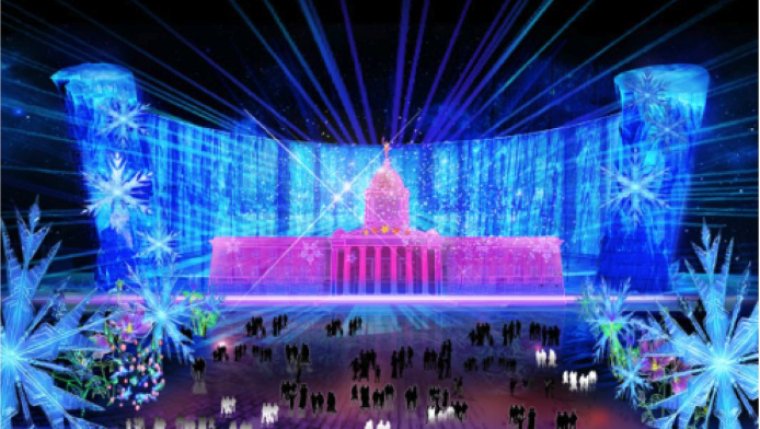 WINNIPEG - Construction will begin soon for the Lights of the North, Chinese Lantern Light Festival. Dorothy Doobie, a co-chair, said, the steel required for the exhibits will reach Winnipeg July 20th. In all, CN is hauling in 18 car loads of steel components and other materials for the show.

Lights of the North, Chinese Lantern Light Festival is helping to celebrate the 30th anniversary of the sister city twinning between Winnipeg and Chengdu, China with a luminous event this September and October.

The event, which will be held at Red River Exhibition Park, will occupy close to 10 acres and feature specially designed lantern exhibits depicting Manitoba, Canada and Chinese icons and symbols illuminated by millions of LED lights.

There will be live performances by Chengdu acrobats and dancers, food -- both local and Chinese -- and, of course, beer gardens where you can sit and watch the late night fireworks. The kids will be thrilled with Dinosaur World, which offers augmented reality experiences in “Jurassic Park” as well as life-size moving dinosaurs.

The festival will be highlighted by a 15-meter high replica of the Canadian Museum for Human Rights. The Legislature and its Golden Boy will be featured along with the polar bears of the north and a display featuring mighty bison thundering across the prairies. The bison skins will be made of thousands of tiny medicine vials.

Winnipeg will be the first Canadian City to host a light show of this magnitude. It has charmed millions in China, South Korea, Europe and the United States. It was a smash hit in Phoenix, another of Chengdu’s sister cities, over the last two winters and they are already planning a third visit in 2018-2019.

It was the twinning of these two cities that led to the visit of two giant panda bears in 1989, an event that saved the Winnipeg Zoo at the time and brought Winnipeg international recognition. Winnipeg was the first Canadian city to host the pandas and only the second in North America to do so.

Between 75 and 100 artists will be arriving in Winnipeg in just a few days to begin construction on this truly magical show that will delight Winnipeggers and visitors from all around the world.