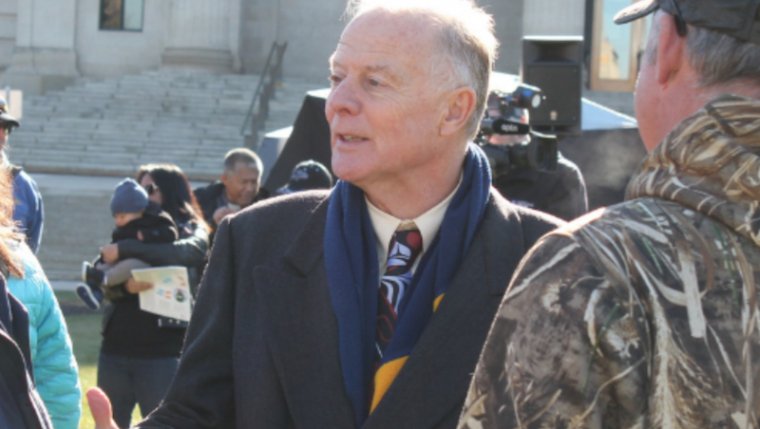 Winnipeg – Manitoba Liberals are questioning health care delays faced by 80-year-old George Myer, who spent 60 hours waiting in Seven Oaks Emergency after Christmas and has been waiting months for a biopsy and diagnosis for a spot on his lung first detected in September.

On September 13, 2018, Mr. Myer received a CT scan and MRI which showed a growth on the upper lobe of his right lung. After months of unexplained delays and cancelled appointments, Myer was brought to the Emergency Department by ambulance at around 8:00 P.M. on Christmas Day, extremely weak, and in a lot of pain.

Gerrard said Mr. Myer is now being told that he is unlikely to get the biopsy until the end of February. This means that even after 60 hours in the ER, it will be a total of five and a half months between detection and diagnosis.

Gerrard said the wait is unacceptable.

“We need to find out why Mr. Myers is being forced to wait months to receive a biopsy and why the diagnosis is taking this long,” said Gerrard. “When a Manitoban faces what could be a life-threatening illness, time is of the essence.”

Myer and his family feel like they have been caught in limbo for three and a half months. There has been delay after delay; appointments have been cancelled by the hospital for one reason or another.

The family is concerned that he will not make it that long.

“My Dad feels that he is being forgotten about and no one wants to do anything for him because of his age. We are feeling helpless and frustrated with the lack of options that have been presented. My dad is concerned that he might not even live long enough to get a diagnosis,” said Myer’s daughter Kathryn Braun.

The views expressed in this article are those of the writer . They do not necessarily represent the opinions of the Manitoba Post or its staff.