Liberal Judy Klassen, Sorry for Saying Crash That Paralyzed Fletcher was a Gift 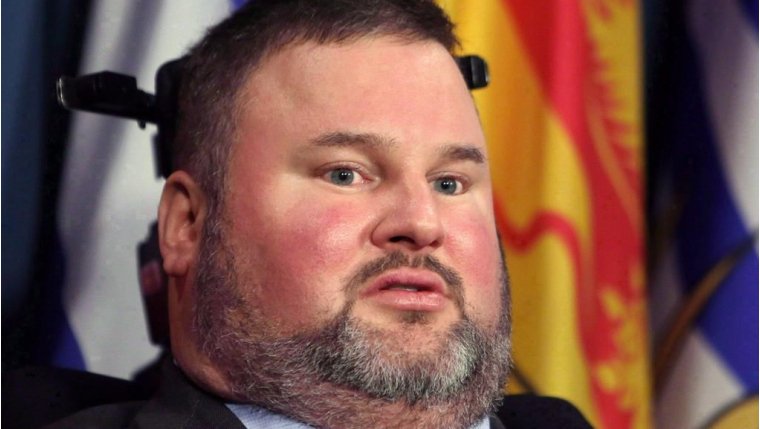 WINNIPEG — A Manitoba politician apologized Friday for saying a highway crash that left former MP Steven Fletcher a quadriplegic was a gift.

"I did send him an email apologizing that I hurt him and if everybody would like, I will get up and read my email to him on Monday (in the legislature)."

Klassen made the comment Thursday when politicians were debating a bill to limit the use of spotlights for night−hunting.

Fletcher, who nearly died when his vehicle hit a moose in 1996 and cannot move his limbs, said he is no fan of moose and would not mind seeing them wiped out.

A few minutes later, Klassen stood and asked Fletcher to take back his remarks.

"I would like to request (Fletcher) retract his last statement on behalf of my four−legged relations, who cannot speak for themselves," Klassen told the chamber.

"It was a moose that gave him the beautiful gift to become a spokesman for people in his very same situation, and I would appreciate if he would retract that statement."

Fletcher, a former federal and provincial Conservative who now sits as an Independent in the legislature, immediately took exception.

"I hope that there’s an understanding that being a quadriplegic is not a gift — not a gift at all," he said.

"I’m not out to have a happy life because I can’t. I can’t have a family. I have to have 24−hour care which is expensive and tough to get, and there’s turnover, no privacy. And for someone to minimize this on behalf of four−legged friends ... to minimize any disability is bad, but it is even worse, even worse, when it’s a severe disability."

Klassen said Friday the idea of Fletcher’s accident being a gift comes from her Indigenous heritage.

"In our world view, you’re either born with your gift, or you’re given the gift throughout the course of your life," Klassen said.

"I’ve never seen a person (with) you know what they call disability in a negative view. I believe that person has been gifted in some miraculous way ... and it is our job to make sure that they’re supported. So that way, these people with unique gifts are encouraged to become the bigger part of our society."

The episode was the latest in a string of controversies at the legislature over how politicians interact with each other.

Klassen, along with some women in the NDP caucus, accused Premier Brian Pallister of intimidating them in question period by looking harshly at them while answering their questions. One Tory cabinet minister accused a New Democrat of sexism when he allegedly said he enjoyed watching her defend government policy.