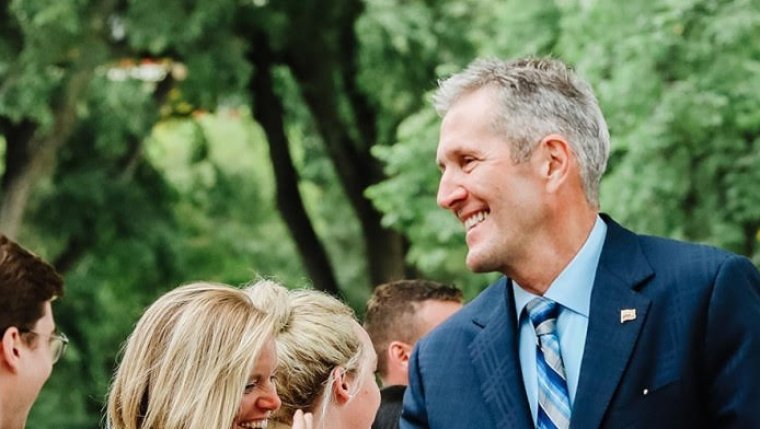 WINNIPEG - Just before the province learns who will be its interim premier, Brian Pallister is making a flurry of final announcements and public appearances as Manitoba’s leader, and responding to opposition by two government backbenchers over the province’s masking and vaccination requirements.

Visiting Brandon University Monday morning, the 1976 BU Bachelor of Education graduate from Portage la Prairie gave $260,000 of his own money toward scholarships to his alma mater as a parting gift in memory of his younger sister Peggy, who passed away last year. The funds top up several scholarships the Pallister family previously created beginning in 2001. Later Monday afternoon, Pallister announced $7.5 million toward capital infrastructure and facilities redevelopment at the International Peace Gardens near Boissevain.

Pallister will step down Wednesday morning. He says he wants to “ensure the election of my successor can continue to take place free of any perception of any influence from the Office of the Premier.”

“I leave office immensely proud of the bold new directions and transformations our government took to fix the finances, repair our services and rebuild the economy of Manitoba,” he says. “We introduced the first balanced budget in 11 years, while creating the largest ongoing per person investment in health care, education and family services of any province.” The premier says he’s optimistic about Manitoba’s future, confident the province will recover strongly and safely.