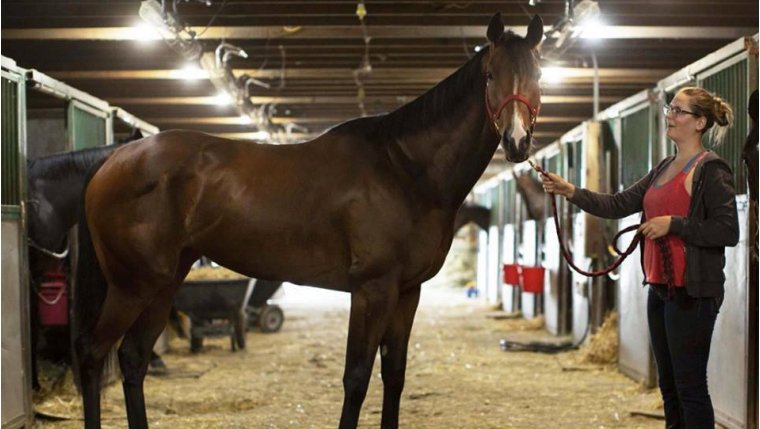 Just as predicted, Langara, Escape Clause and Hidden Grace each had an easy time of it at Assiniboia Downs this weekend.

It all started with Race 1 on Friday night in the $25,000 Phil Kives Stakes

for three-year-olds-and-upwards over one mile and the Don Schnell-trained Langara, the five-year-old gelding with Antonio Whitehall in the irons, went wire-to-wire to win by 17 ¼ lengths over Why So Blue. It was a three-horse race and it was never close. Langara hit the head of the stretch cruising, in front by 10 lengths.

Then, on Saturday, Escape Clause opened the proceedings with what turned out to be a match race against Amaretto. In the first race of the night, the $25,000 Distaff Stakes for three-year-olds-and-up fillies and mares, Tadaa scratched and that left Escape Clause and Amaretto alone in the gate. Escape Clause, trained by Don Schnell (so was Amaretto) with Renaldo Cumberbatch in the irons this time, galloped home with a 7 ¾-length victory. Because it was a two-horse race, there was no wagering.

Since last summer’s Manitoba Derby when Escape Clause finished second to the colt Plentiful, the owned by Schnell, Barry Arnason and True North has won six consecutive stakes races at Assiniboia Downs. She has four stakes wins at Assiniboia Downs plus a second and a third-place finish at Canterbury Park in Shakopee, Minn., outside Minneapolis. Escape Clause has now won $206,640 in 20 starts (13 wins) in her career.

Clearly the best stakes race of the weekend’s trio was Race 3 on Saturday night as the Don Schnell-trained Hidden Grace, the 4-5 favorite, destroyed five other two-year-old fillies in the $30,000 CTHS Sales Stakes. Hidden Grace beat Sweet Design to the wire by 6 ½ lengths. Roni Rocket was third, 14 lengths back.

As well, live from Woodbine, nine of the best Canadian-breds went to post in the $400,000 Breeders’ Stakes.

The favorite, Aheadbyacentury wasn’t even part of the argument as 4-1 Neepawa with Jerome Lermyte riding, won with relative ease. Interestingly, Wonder Gadot, the super-powered filly named after Wonder Woman star, Gal Gadot, who won the first two legs of the Triple Crown – the Queen’s Plate at Woodbine and the Prince of Wales Stakes at Fort Erie – spent the weekend at Saratoga preparing for the $1.25 million Grade 1 Travers Stakes on Aug. 25. The Travers Stakes next Saturday should be one of the best races of the 2018 season.

Meanwhile, with only 11 days of racing remaining in this year’s 50-date meet, Antonio Whitehall still leads the jockey standings and now he’s opened up an almost insurmountable nine-win lead. With four impressive wins on the weekend, Whitehall is on top with 36 wins, 41 seconds and 34 thirds in 202 starts with an impressive $400,688 in winnings for his owners. In 12 starts this weekend, Whitehall had four wins, two seconds and two thirds. A bettor’s best friend, he was in the money in eight of 12 races.

There is racing this week on Wednesday, Friday and Saturday. Post time each evening is 7:30. First post parade is at 7:15 p.m.