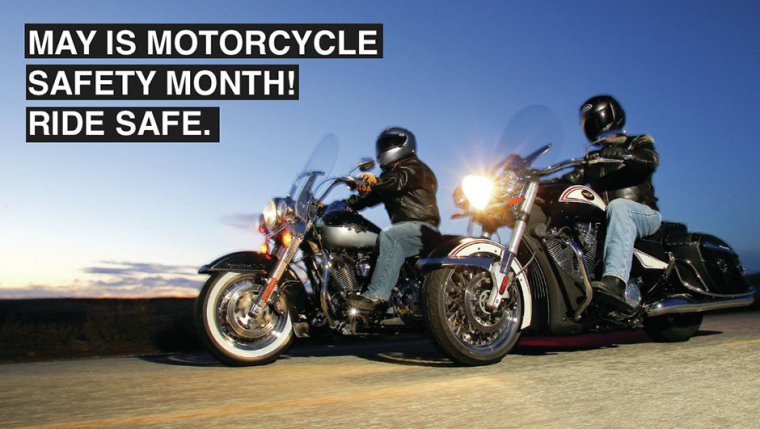 WINNIPEG - May is motorcycle saefty awareness month and Manitoba Public Insurance wants to remind all drivers whether on two, three or four wheels, that all road users have the right to be safe on our public roadways.

“While May is motorcycle safety awareness month, safety on our roadways should be a priority throughout the entire motorcycle riding season,” added Keith. “It’s another way we can change the conversation about traffic safety in our province and create a culture where all road users have mutual respect for each other. For drivers this means acknowledging that motorcyclists have every right to use our roads safely, as do cyclists and pedestrians.”

Last year in Manitoba, seven motorcyclists were killed on public roadways. This riding season, the goal is clear – to reduce that number to zero. This is a goal shared by the Coalition of Manitoba Motorcycle Groups (CMMG), which annually stages its motorcycle safety awareness rally on the grounds of the Manitoba Legislature.

“Motorcycle safety is everyone’s responsibility,” said CMMG President Rod Wetteland. “Riding and driving Manitoba roads is not an entitlement, it’s a privilege. Road safety depends on all of us, not just the other guy.

“That’s not just a motorcycle in your mirror: it’s a mother, father, daughter, sister, brother, grandmother or grandfather. It’s up to all of us that they get home safely.”