It’s Father’s Day at the Downs 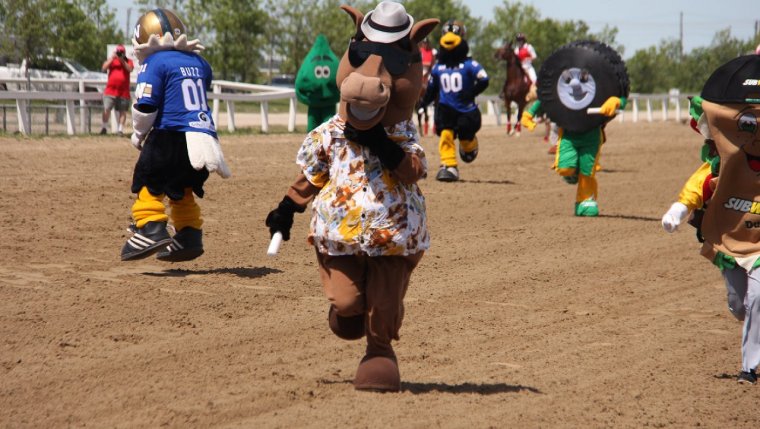 WINNIPEG - With a special weekend coming up, jockey Antonio Whitehall was red hot on Wednesday night. In fact, Whitehall won two races on Wednesday and has moved into a first-place tie with Adolfo Morales atop the ASD Jockey Standings.

But first things first. This week, there is no Friday night racing, instead it’s a Father’s Day Special with racing on Saturday night and Sunday afternoon.

Print and clip out below. Put it on your fridge. Here is the schedule for the next week at Winnipeg’s great little thoroughbred race track, Assiniboia Downs:

Now that we have a plan for the coming week, it’s time to give a big Shout Out to 24-year-old Barbadian jockey Antonio Whitehall.

On Wednesday night, Whitehall was in near-total control and even though his winning horse was disqualified in Race 1, he still jumped into a tie with Morales in the standings.

Whitehall, who won two legs of the Barbados Triple Crown in 2014, started quickly on Wednesday. He won Race 1 aboard Respect the Shot, but Respect the Shot drifted in the stretch and interfered. So the stewards awarded the race to the second-place finisher, Halkirk, with Stanley Chadee aboard, and Respect the Shot was dropped into second place.

But that didn’t discourage Whitehall who got right back into the irons and won Race 2 aboard Lil Miss Zak for trainer Lise Pruitt. Not to be stopped on this night, Whitehall then won Race 4 aboard the Irish-bred Ebadan for trainer Jared Brown. On the evening, Whitehall had two wins, a second and a third in seven races.

Meanwhile, on the trainers’ side of the ledger, Jerry Gourneau continues to lead with 12 wins and $105,353 in earnings in 73 starts. Don Schnell is next with 21 starts, eight wins and $75,149 in winnings while defending champion Tom Gardipy Jr., is third with seven wins and $79,050 in earnings in 70 starts.

It’s going to be an interesting weekend at the Downs.

While the Red River Exhibition is on, right next door to the Downs, remember to use the Saskatchewan Ave., back entrance to the track. Access Saskatchewan via Cavalier Drive or Buchanan Boulevard off Portage Ave. If you’re driving west down Saskatchewan Ave. from Sturgeon Road you will have to take a detour down Hamilton Avenue because a part of Saskatchewan Avenue is closed during the reconstruction of a bridge over Sturgeon Creek. Got all that? I know, it can be confusing. But it’s a problem until next Sunday.

And remember, you can bet on the Belmont Stakes and watch the race live at Assiniboia Downs.