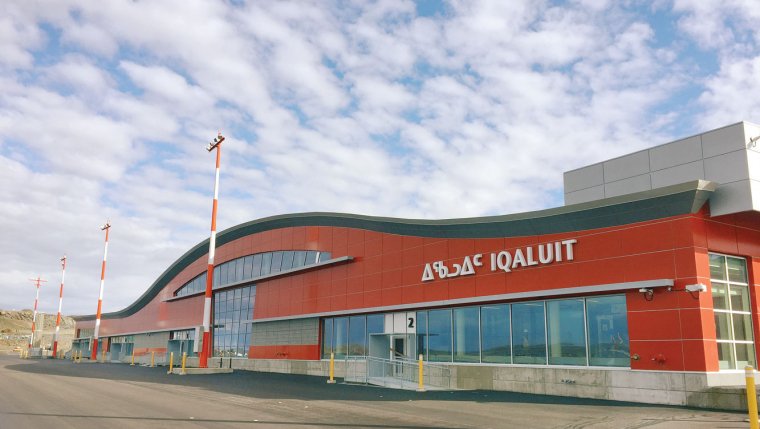 WINNIPEG, MB - On August 9, 2017, the doors finally opened at the Iqaluit airport. The new and improved airport adjacent to the old terminal is 9,900 meters squared, making it eight times larger than the old one.

What was once an American military base is now a place of gathering. Fully equipped with a cafe, store, lounge, increased seating, and, of course, Wi-Fi (which should be improved with the new multi-million dollar investment towards Nunavut's satellite Internet network), Nunavut's new airport will improve the experience of those who travel in and out of Iqaluit for years to come.

As part of the $300-million project, additional upgrades were made to the space with enhancements to the runways, lights, and parking spaces, as well as improvements to air-side operations safety and efficiency. The LEED certified, energy efficient terminal also produces its own energy through a unique system that burns fuel oil for electricity and uses the by-product as heating for the building. This innovative system allows the airport to be less susceptible to power outages in the area. Aircraft are often diverted to Iqaluit airport due to its northern location and the recent upgrades will allow for improved accessibility to accommodate the additional load.

The new terminal welcomes the beauty of the outdoors with south-facing windows, which allow plenty of natural light into the space. The bright and airy interior pays homage to Inuit culture. Designated space for Indigenous art as a focal point of the airport is to celebrate the region's rich heritage. In addition to the art space, locals can enjoy the Elders Lounge and Rotunda in the concourse, which is a multi-use space for public gatherings and events.

Considered to be the largest public building project in Iqaluit, the airport had its fair share of obstacles to overcome. As the only transportation link in and out of Nunavut, it was necessary to ensure normal operations remained intact during the construction process. Even a tar fire in September of 2015 that caused $1,000,000 in damages did not impede the progress of the build.

A key benefit of the project is the Nunavut Land Claims Agreement (NLCA). The labour force used to construct the project must have a minimum of 15% NLCA beneficiaries. With this agreement in place, a diverse range of training opportunities were required to successfully train and certify the workforce, creating a positive, long-lasting effect for skilled workers in the region. To keep in line with the vision of the project, plans were regularly submitted to ensure that the airport included Inuit content to reflect the culture of the area. A percentage of all goods purchased were sourced from Inuit-owned businesses.

Building an airport in such a climate has proved to be challenging yet rewarding, as plans for expandability and efficiency were in play, requiring the build to have many unique features such as a foundation that adjusts its temperature to prevent cracks, a self-generating heating system, and a leading-edge system design for safety, security and efficiency. The airport is also one of the first buildings in Nunavut to achieve LEED certification.

With the new airport, planes can now park by the terminal, eliminating the need for passengers to be transported between the terminal and aircraft.

Those who were fond of the original "yellow submarine" terminal can be reassured that it will be receiving renovations and is still in use for flight services and government offices.

The emergence of the new airport brings a positive change to the community. The upgrades allow for growth and expansion with potential to improve the local economy through added international flights and increased tourism. Iqaluit airport is much more than an airport. It is a place where locals can come together and create memories in a space of their own. Not only will the airport bring people into the area, it will also empower the community to reach the world while providing a comfortable and positive experience for the people of Nunavut for years to come.