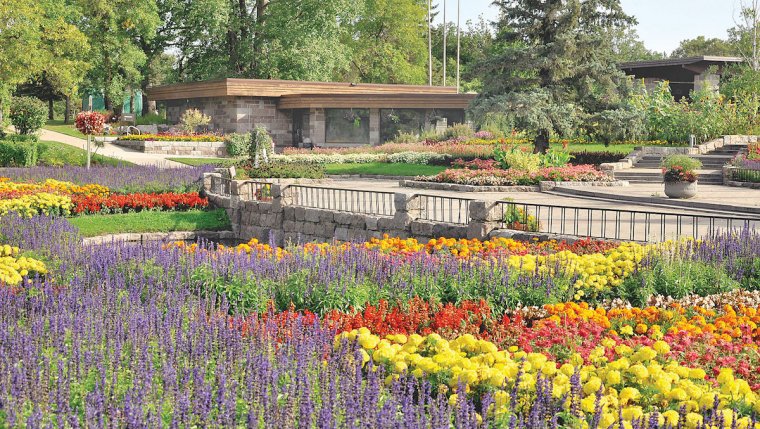 WINNIPEG, MB - July 14, 1932, 85 years ago, 50,000 (some say as many as 75,000) people travelled over gravel roads in Model T Fords, by horse and buggy and on foot to take part in the opening of the International Peace Garden. Considering that the population of North Dakota at the time was only about 676,000 and the population of Manitoba was probably just around 300,000, this was a mind-boggling attendance. Their parked vehicles reached to the horizon. The memory of the Great War was still fresh in the minds of many and this Garden was seen as a beacon of hope that such an event would never occur again.

Since that time, the population of the two jurisdictions has doubled, with North Dakota growing from 675,000 to 755,000 and Manitoba’s population jumping to almost 1.3 million. Amidst all this growth, the prominence of that symbol of peace and everlasting friendship between our two nations has been diminished in the minds of many but not in its importance.

That is why the Peace Garden has planned a day of celebration, on the weekend of July 14 and 15, that will be fun for the whole family and a chance for neighbours on either side of the border to meet and mingle in a place with no boundaries. Once you are in the park, you are free to move from country to country, across the border as if it didn’t exist, which it doesn’t in the International Peace Garden.

Lots to do – and you can get involved

There will be much to do, including buggy ride tours of the Garden, guided tours of the succulents and cactus collection in the greenhouses and garden workshops. A call is out to vendors of all kinds to come out for the days and set up their wares, whether it be arts or crafts or antique and flea market goods. We know that original, locally designed and made jewelry will be on sale. We are also inviting artists to come out and demonstrate what they can do, whether it be paintings or other performing arts.

The kids will be kept occupied with bouncy castles, face painting, a watermelon eating contest and outdoor games of all kinds.

Although, the Garden runs its own restaurant with full service meals as well as sundries such as ice cream products, on the day of the celebration there will be food trucks and other fast food experiences to relieve pressure on the kitchen.

Other events coming up

Just in case you are busy on that weekend in July, you might want to mark your calendar to come out for the annual Mother’s Day brunch May 13 this year. The food is always delicious and very reasonably priced.

Then, June 16 and 17, Garden Days will again offer some special programming around the more sedate side of gardening with tours, workshop and ... yes, some family games.

Do you need a passport?

When you come to the Garden, from either Canada or the United States, you enter freely without the need to go through customs. When you leave, however, you do have to check into customs in the country you are entering. Although a simple driver’s licence is enough to gain you entry, it is a good idea to have your passport.

Once inside, plan to spend the whole day. It’s about a 2.5-hour drive from Winnipeg so if you want to take enough time to see everything, as well as enjoy the festivities, you might want to consider checking into the Boissevain Wilderness Inn, right across from Tommy the Turtle, for the night. Boissevain is only 20 minutes from the Garden and this lovely little town offers a number of museums, gift shops and restaurants. The Border Town restaurant (it has a sports bar attached) is just a short walk from the hotel, whose accommodations are friendly and comfortable. A continental breakfast is free.

Book early enough and you can enjoy the lovely Walkinshaw Place bed and breakfast which just 12 minutes West on Highway 3 from Boissevain and 20 minutes to the Garden.

What’s happening with the tower? 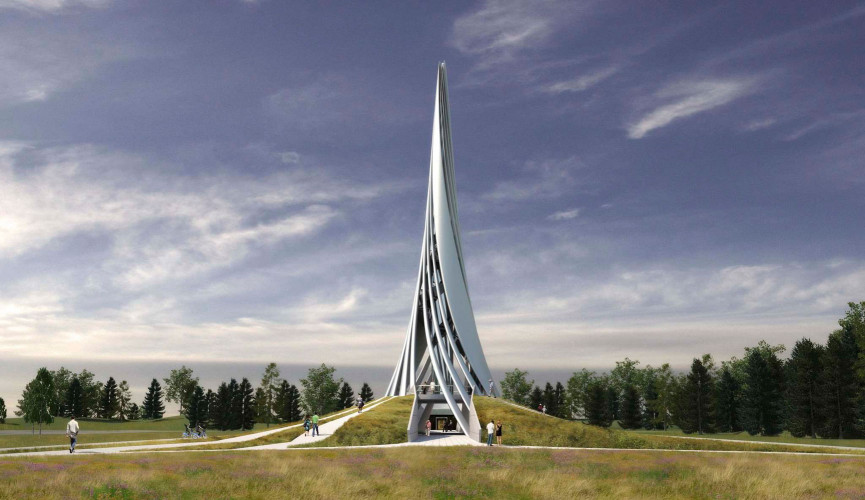 The iconic Peace Tower that was erected with so much hope back in the 1980s has been brought down.

Several years ago, it was discovered that water had invaded the cement and steel structure and compromised its stability. This was because local shale that was susceptible to moisture was used in the construction. Moisture seeping in from the top and wicking up from the ground was literally turning the inside of the structure to jelly.

The demolition was completed last spring and today it is as if the towers had never been there.

In the meantime, the board of the Garden held an architectural design competition which resulted in the choice (in a blind selection process) of a beautiful replacement. Called Interwoven, it was submitted several from across North America, by GPP Architecture of Winnipeg.

The Board has just completed the proposals for its fundraising campaign to replace the tower and to complete what is known as the “west cascade” of the garden, which will see improvements to the water course and the addition of a meandering, tree lined walkway to the tower As well, updates to the lovely little peace chapel are being planned.