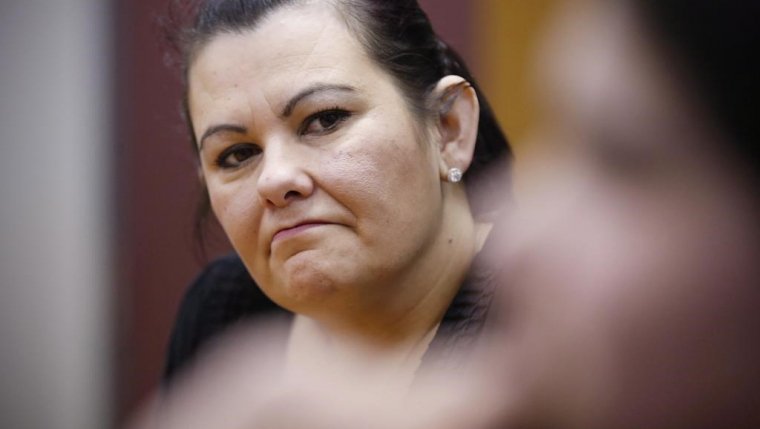 WINNIPEG — A nervous father walks into a courtroom and sits down. Over the next few minutes, he’s quiet as two lawyers discuss his children and decide on the Indigenous family’s future.

"It’s really depressing, week after week, to be told no decisions have been made yet," one of the lawyers tells the courtroom in Winnipeg on an afternoon in February.

The lawyer explains how the parent is disappointed in himself that his children were apprehended and is working to get them back. But there’s been a mix−up over which child and family services agency should oversee the file, so it hasn’t moved ahead for three weeks.

Child protection hearings are usually not open to the public in Manitoba, but social media offered a glimpse of one family’s situation when a video was posted in January showing police taking away a newborn from her mother in hospital.

It prompted First Nations leaders to come forward with concerns about what they see as bias against Indigenous people in child−welfare services.

The mother has said she would like the baby to be in the care of her aunt. The family made an initial appearance before a judicial official to get the child back, but the case moved to intake court because the family and the child−welfare agency couldn’t find a resolution.

An overhaul to speed up child protection hearings began in Winnipeg in 2017 and expanded to the entire province in February. There’s a 60−day deadline to work out a child custody plan and conditions for parents wanting their kids back. The goal is get that done without having to take a case further through the courts.

Numbers show the new approach has reduced the amount of time it takes to find solutions. It used to take up to 18 months to go to trial, but now that can’t be longer than six months.

As well, a significant number of custody plans are now worked out within 60 days of an apprehension. Most people agree to temporary orders. Last November, of 34 orders pronounced, 23 were temporary.

Some experts say no matter the legal changes, courts will never provide the support that families need.

Chief Justice Glenn Joyal of Court of Queen’s Bench says the root causes of child apprehensions need to be addressed to avoid families ending up in court in the first place.

"By the time things get to us we are dealing with the sad reality of an apprehension that’s already taken place."

Cora Morgan, a First Nations family advocate, said court should be the last option, not the default, when a child is seized. A courtroom can be daunting and confusing.

"I’ve had so many families who have been told that they can’t speak in court and you just let the lawyer take care of it. Or they are told by agencies they don’t have to show up to court. Their lawyer will be there," Morgan said.

"My recommendation is show up to every court appearance ... You not showing up there gives the agency the ability to say, ’Look they are not even here today’ and things will proceed without you being there."

Of 17 matters considered on that February afternoon in court only four parents attended. The social worker on one file explained the mother had not shown and there had been no contact with the child’s father.

The case moved forward with the mother’s "deemed consent." A plan was agreed to for a six−month temporary order to keep the child in care. The mother is being expected to visit programs, including one for drug treatment, before the child can be returned. If the plan isn’t followed, the order will become permanent.

Meredith Mitchell, a legal−aid lawyer, said courts can’t work alone. There’s little space available for kids in care waiting for parents to go through treatment programs. And if those aren’t completed in time, a temporary order becomes permanent, and a parent has to wait a year to apply to have that overturned.

"None of these new systems created one new treatment bed ... funded any better (assistance) payments for families ... made more quality foster homes available. None of these judicial changes made any on−the−ground, quality−of−life differences to the families," Mitchell said.

"They are systems that don’t talk to each other."