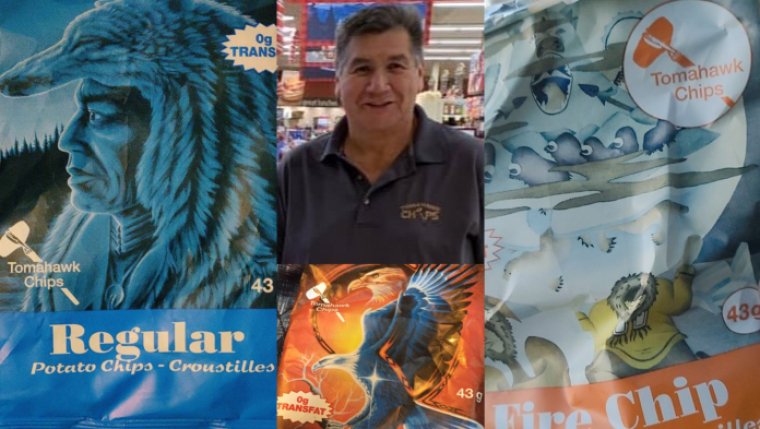 WINNIPEG - An Indigenous-owned company in Manitoba is getting ready to put its delicious products on store shelves from coast to coast after signing an agreement with a national partner.

Riverton-based Native Canadian Chip Corporation, makers of the locally-famous Tomahawk Chips, has landed a deal with Calgary-based Star Wholesale to distribute the snacks across Canada. The Tomahawk brand currently has four standard flavours and their signature Fire Chip, a mix of sweet and spicy. But what really sets Tomahawk Chips apart are the colourful bags, all with designs that showcase the work of Indigenous artists.

Chipmaker Alfred Lea, from Fisher River Cree Nation along the shores of Lake Winnipeg, has developed his Tomahawk brand for over six years — without government funding. After developing a loyal fan base across Manitoba, Nunavut, Northern Ontario, and even California, the proudly Indigenous and Manitoba-born chips will soon make their way into Co-ops, IGAs, Pharmasaves, and other stores throughout the country. The company plans to quickly build on its achievements and grow, expanding its product line into candy, jerky, and corn chips.

Alfred’s vision, hard work, and continued success story doesn’t stop at selling snacks, though. Alfred raises funds and volunteers for the Riverton and District Friendship Centre and other community initiatives to inspire and introduce Indigenous youth and entrepreneurs to new skills, business opportunities, and mentorship — helping them discover their own paths to success.