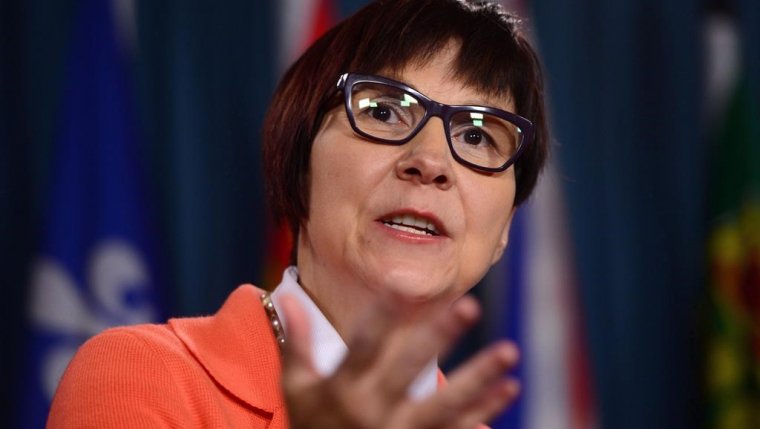 WINNIPEG — A First Nations children’s advocate says Indigenous kids are still not being treated equally because provinces and territories are shirking their responsibilities.

Cindy Blackstock, executive director of the First Nations Child and Family Caring Society, told the inquiry into missing and murdered Indigenous women that provinces are still denying Indigenous kids access to services that are available to non−Indigenous kids.

The inquiry is holding hearings in Winnipeg this week focused on child welfare.

Despite a ruling from the Canadian Human Rights Tribunal, Blackstock said provinces still aren’t adhering to Jordan’s Principle which stipulates Indigenous kids should get access to services without delays caused by jurisdictional issues.

"Provinces have taken the position ’Well the feds now are on the hook for Jordan’s Principle, so we are not going to step up to the plate. We are just going to try and see if the feds can pick it up.’ Which is totally contrary to the whole issue of Jordan’s principle," she said.

The principle is named after Jordan River Anderson, a boy from Norway House Cree Nation in Manitoba who died without ever being able to go home because of a dispute over who would pay for his health care.

"Jordan died in that hospital because the province of Manitoba and the government of Canada failed to put his best interests first," Blackstock said.

The tribunal ordered Canada to stop discriminating immediately, reform First Nations child welfare programs and make sure Indigenous kids have their health, education and social needs met no matter where they live.

Blackstock said all levels of government are not complying fully with the tribunal’s ruling creating situations where children are put at risk.

"We are creating and we are perpetuating conditions that place Indigenous women and girls at greater risk for violence," she said.

Blackstock said the federal government has acted on the ruling over the last year but there is still a lot more to be done.

From July 2016 to Aug. 31, 2018, more than 122,000 requests were approved under Jordan’s Principle for things like medical equipment, respite care and mental health services.

However, no province or territory has fully adopted the principle, Blackstock said. Manitoba should have taken more significant action as Jordan Anderson’s home province, she added.

"There is no excuse for any level of inequality," Blackstock said.

Indigenous Services Canada spokesperson William Olscamp said in an emailed statement that the federal government is working with First Nations, provinces and territories to develop a long−term approach to address the unique health, social and education needs of First Nations children.

"The bottom line is that kids should come first and they shouldn’t have to wait for governments to get their act together to do the right thing," Blackstock said.