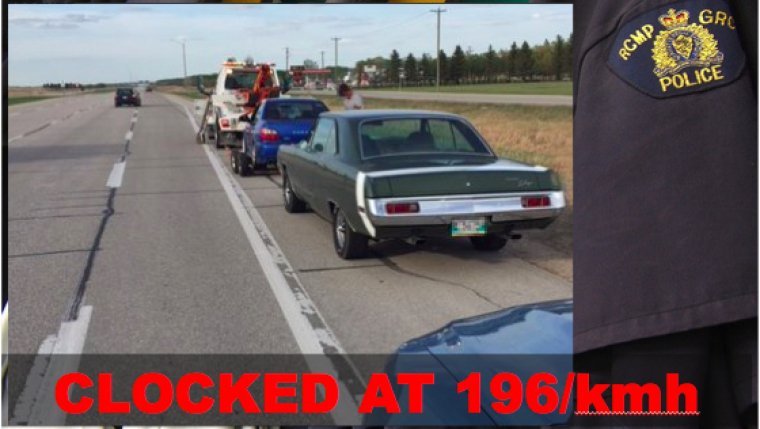 WINNIPEG - Two drivers are facing big fines and have had their cars impounded after they were caught racing Thursday.