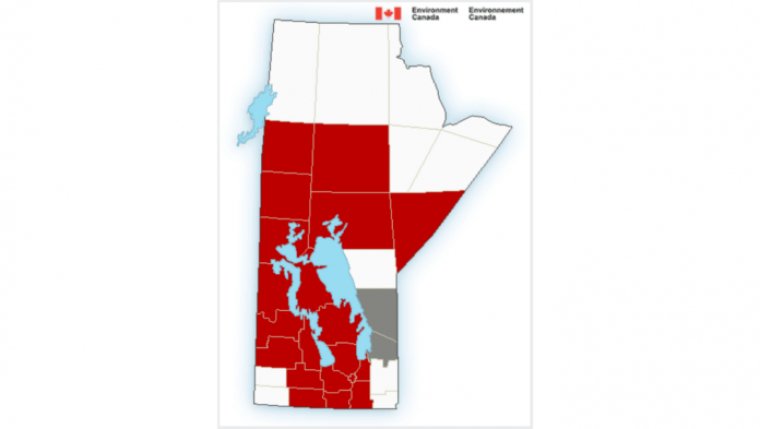 WINNIPEG - If you enjoyed last week's weather, you’ll love what the next couple of weekends have in store — but Environment Canada says Manitobans need to take steps to enjoy nature safely. A heat warning is in effect for most of the province, including Winnipeg, and the warm weather is expected to stick around all week.

The federal forecaster says temperatures of at least 30 C are expected over the next three days, along with lows in the mid- to upper teens, reaching as far north as Thompson and Lynn Lake.

Temperatures in Winnipeg will hit 33 this weekend, with a humidex of 35, and while partly cloudy skies will clear this evening, rain is expected on Monday, despite a high of 30 in the city starting off the week. Temperatures will dip a bit on Tuesday and Wednesday, but are expected to soar again on Thursday.

Environment Canada recommends planning outdoor activities during cooler times of the day, taking cold showers or baths, and taking breaks in the shade or wherever there's air conditioning, avoiding direct sunlight, wearing loose-fitting, light-coloured clothing, bringing lots of water to drink — before you feel thirsty — and keeping your home cool by blocking out the sun during the day.

Burn restrictions are in place in several municipalities, and while Winnipeg isn’t one of them, the neighbouring RMs of Headingley, Rosser, and St. Clements are.

Travel is also restricted in multiple regions of the province as a result of dry conditions, including over two dozen provincial parks.