Graham Mall, The Next Corydon? 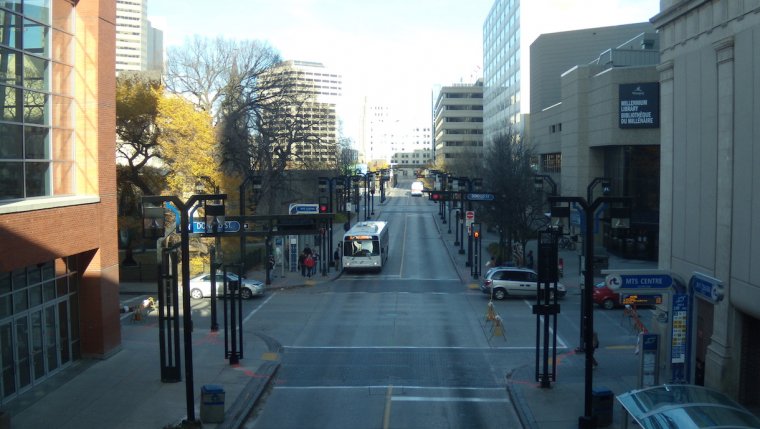 WINNIPEG - Over the years I’ve seen many streets come to life and Graham Mall in downtown Winnipeg is definitely in for changes that Winnipeggers can look forward to.

In my younger years, I remember walking up and down Corydon Avenue frequently. At the time it was a mediocre street with only three or four great restaurants surrounded by a deteriorating neighbourhood, with many dilapidated homes. Despite those things, it had the foundation for a potential pedestrian-friendly street with store fronts every 30 to 40 feet, although they were mostly vacant at the time. Fast forward to today and Corydon Avenue has become one of the most vibrant streets in our city and home to a great Italian district, Little Italy.

At the age of 18, I was selling real-estate, sipping on espressos every day and bumping into my heroes like Bova, Mock, Consatinni, Ring, Fletcher and Rosonoski. Together they had a vision to transform Corydon Avenue into something better for their community, championing the creation of the Corydon BIZ. Millions of dollars were invested in infrastructure and an innovative housing rehabilitation program, which helped kick-start this incredible neighborhood.

I remember the energy of young people wanting to open up local shops, and seeing young families wanting to live in the neighbourhood to be close to the excitement and contribute to the community. The vision that my mentors once had for Corydon Avenue had finally come to life, and it was so bright and compelling. Today, Corydon is not only a place to hang out, but also a community that Winnipeggers want to live in.

Graham Mall has the same essence that Corydon did. It’s a unique street that has the potential to be just as big. City planners would describe the area as “walkable”, “scaled properly” or with “great bones” (we like creating our own language). The commercial storefronts from Vaughan to Hargrave are multiple, small and ripe for transformation. The walk is already enjoyable with a series of local and national coffee shops, sandwich and soup stores, and sprinkled with the Downtown Winnipeg Farmers’ Market and more! All the elements of a great street are now visible. Bolstered by hundreds of buses which bring thousands of Winnipeggers downtown to this street daily, Graham Mall is coming alive.

The energy behind this transformation has been a series of mega projects that are reversing the flow of people from the suburbs to back downtown. The expanded Millennium Library and the new RBC Convention Centre have all spurred the creation of Centrepoint, True North Square and, hopefully SkyCity Centre, in the near future. Located at the east side of the mall, Bell MTS Place and the emerging True North Square will be an anchor to be reckoned with in the emerging SHED district.

In fact, in speaking with over one thousand downtowners recently, I found the name Graham Mall is no longer recognized by the public. Graham Avenue resonates more. Downtowners already recognize the shift and business people notice a different vibe, to the extent that many feel it’s time for the complete renewal of sidewalks, lights standards and more. The mall, after all, is 25 years old. It’s time for a makeover and our city departments agree. The timing is perfect as there is more development to be attracted.

There are actually two great re-development challenges in the immediate area, which include the historic and majestic Hudson’s Bay, and the ill-conceived Portage Place Mall. Both have the potential to be transformed into mixed-use buildings with people living and working there.

Authentic, local and unique: this is the direction that Graham Avenue needs to go. It’s now up to the politicians to invest strategically in the next round of tax-increment financing and downtown infrastructure renewal to get there.

By Stefano Grande who is executive director of Downtown Winnipeg BIZ.