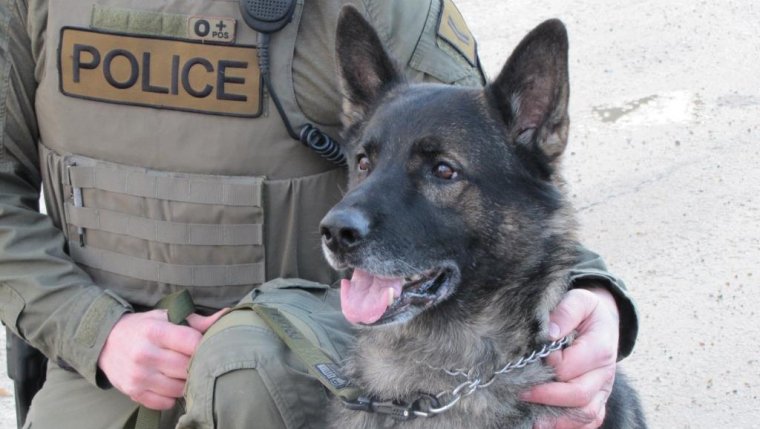 WINNIPEG - All in a days work for RCMP K9 Enzo who nabbed three suspects hiding in a wooded area.

Wednesday just before 10:00 pm, Falcon Lake RCMP received a report of a woman on the west side of the Trans-Canada Highway, just west of Provincial Road 308 in the RM of Reynolds. The female had flagged down a passing motorist asking for assistance with a vehicle stuck in the bush.

When officers arrived, they located a pickup truck stuck in the mud on the other side of the tree line. The truck had been reported stolen out of Winnipeg. The 18-year-old woman was placed under arrest for Possession of Stolen Property. Police discovered three other people had been with her inside the vehicle. They called for RCMP Police Dog Services to help locating the others who had fled.

Police Dog Enzo immediately picked up a track. About two kilometres away, in the wooded area on the north side of the highway, Enzo located two men hiding under a tree. A 36-year-old man and a 35-year-old man were arrested and charged with Possession of Stolen Property.

While the suspects were being put in the cruiser, Enzo picked up another track and located a 26-year-old man, who was hiding in long grass. He was also arrested and charged with Possession of Stolen Property. The 36-year-old and 35-year-old men also had numerous outstanding warrants. All suspects are from Winnipeg.