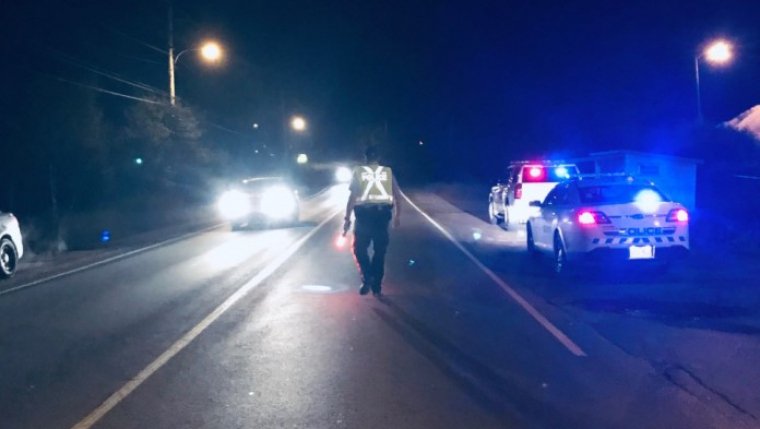 WINNIPEG - The RCMP say a 17-year-old girl has died after being struck by a vehicle in western Manitoba.

Officers from the Virden RCMP detachment say they received a report that a pedestrian had been hit by a vehicle along Hwy. 21 50 kilometres west of Brandon just before 9 Monday evening. They arrived to find the victim, from the Birdtail Sioux Dakota First Nation, on the roadway. She was pronounced dead at the scene. An investigation determined she’d been travelling in a vehicle that stopped on the highway, and was struck by a passing vehicle as she got out.

Police say a 35-year-old woman from the area who was driving the passing vehicle stopped at the scene and immediately called 911. The driver of the vehicle that the victim had been riding in fled the scene before police arrived, but Mounties say the vehicle was located in Virden and seized for further examination.

Virden RCMP continues to investigate with help from the RCMP Criminal Collision Investigation Team, a Forensic Collision Reconstructionist, Forensic Identification Services, and Major Crime Services. The victim is the second teenager from the Birdtail community to die on the highway recently. On July 31, 2019, a 17-year-old boy died after being hit on Hwy. 83.

This is also the second pedestrian road fatality in as many days. RCMP say a 31-year-old man was found dead at the side of the roadway on Sunday just before 2 a.m. after a hit-and-run along Hwy. 10 about ten km north of The Pas. Anyone who may have witnessed that collision, was driving in the area at the time and notices damage to their vehicle or trailer, or may have any other information about the case is asked to call The Pas RCMP at 204-627-6200.