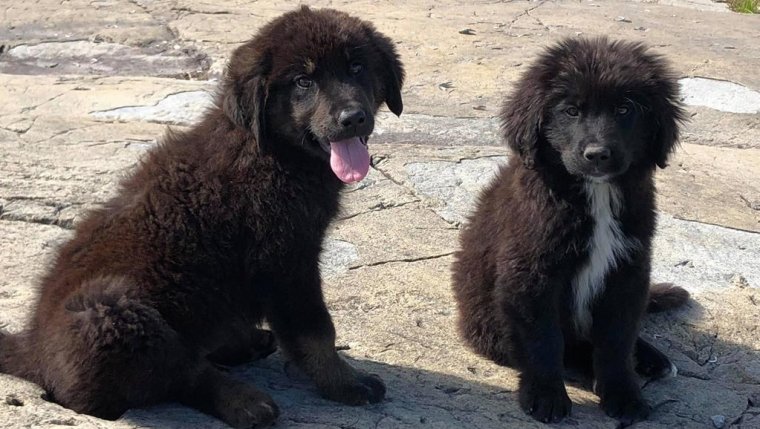 CROSS LAKE — Skipper is twice the size of Gilligan, and they’re are always chumming around.

The professor is the quiet one.

Ginger and Mary Ann might be the best looking.

And Thurston Howell III and Mrs. Howell are enjoying the luxuries of the mainland.

Seven puppies named after the characters on the "Gilligan’s Island" TV show are recovering in a foster home after they were rescued from a tiny island in northern Manitoba.

Debra Vandekerkhove with Norway House Animal Rescue said a man who lives near the shore in the remote community of Cross Lake was outside with a friend Sunday night when they heard some animals crying.

"They took their binoculars and they’re looking and they can see some small, dark movements. And they thought — oh, must be some wolves on one of the islands fighting," Vandekerkhove said.

"The next morning, same thing. They heard it again."

The men went to investigate and after a quick boat ride came across some bounding bundles of fur on a rocky spit.

"As they got closer, they realized there were seven abandoned, 3 1/2−month old puppies on the island starving to death," said Vandekerkhove.

The black, Labrador retriever−mix pups were scrawny and scared and the men and another rescuer spent the next few days ferrying over food as well as a dog house until they gained the animals’ trust.

"The last thing you want to do is bring them in if they’re semi−feral and have them run away on you and they disappear," Vandekerkhove said.

The puppies were put in kennels on boats Wednesday night and taken to the home of a centre volunteer in Cross Lake, where they are playing with toys and appear happy and healthy, she said.

It was the foster mother and one of the rescuers who came up with the idea to name the pups after the seven shipwrecked castaways on the classic sitcom from the 1960s, said Vandekerkhove. And it has worked out perfectly.

As the puppies began to show their personalities, the three females and four males were matched with the characters.

The puppies will soon be transferred to Winnipeg, Vandekerkhove said, where they will be put up for adoption.

— By Chris Purdy in Edmonton.