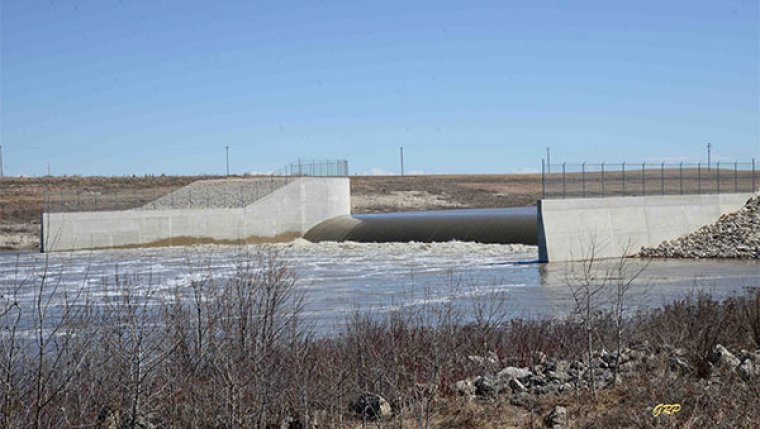 MANITOBA - The report for the Red River Floodway operation was released today by the Province with the highlight of the report being the first time ever that the floodway was opened in the fall.

The unprecedented late-year usage of the floodway occurred under Rule 4, which allows emergency operation to reduce the risk of sewer backup and the flood crest in the city of Winnipeg. Because of heavy precipitation in the October storm, the province activated the Red River Floodway for the first time ever in the fall to control river levels within Winnipeg and prevent basements from flooding.

This is the fifth time in the Red River Floodway’s 50 year-history that it has been operated under Rule 4 to reduce high water levels in Winnipeg and the first time it has been used later than August. The floodway was used for 29 days from 7 p.m. Oct. 9 until 8:15 a.m. Nov. 7. During this period, the report notes 57 gate adjustments were made as required.

After the severe weather passed, the river level in Winnipeg was allowed to rise, but was maintained below 17 feet at James Avenue for another week, as the forecast called for additional precipitation. In this time, the floodway diverted approximately 556.3 million cubic metres of water around Winnipeg with a peak flow of 11,300 cubic feet per second or 320 cubic metres per second.