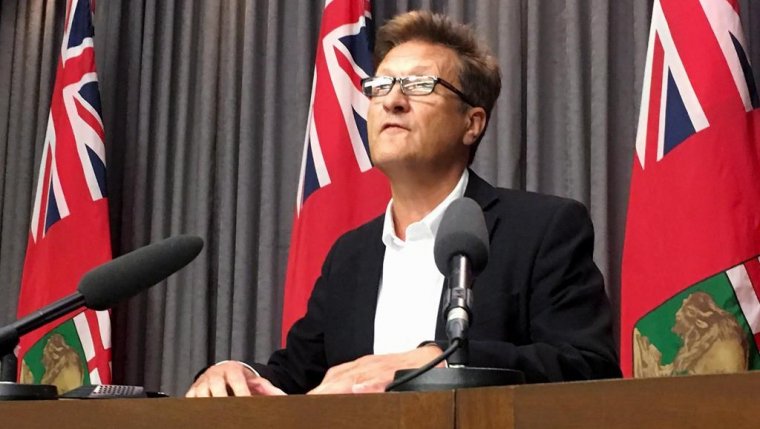 WINNIPEG — Dry weather and a slow melt so far have somewhat eased the flood potential in Manitoba, although it will be a few more weeks until the threat passes.

The provincial government says with average to unfavourable weather, the Red River should peak roughly at the same level as in 2009.

Several communities in the Red River Valley had to close off some road access that year, and sections of roads, including the main highway between Winnipeg and the United States, were flooded for weeks.

Infrastructure Minister Ron Schuler says water is expected to stay well below the top of ring dikes that protect towns and properties.

He does warn that ice jams could develop and make for sudden flooding, but ice thickness has reduced in recent weeks due to warm weather.

The Red is expected to crest at Emerson on the United States border some time between April 12 and April 23.

"This kind of weather is perfect for us," the minister said Wednesday.

"We’ve said what we really needed to do was to pray for warm days and freezing at night and — ta−dah — we got it. And so far so good.

"It doesn’t mean that things might not change in a week, and we do have some time before we see the peak coming."

The government has issued tenders for contractors to be on standby in case ring dikes need to be closed.

One obstacle the Progressive Conservative government has faced has been in the legislature.

Independent member Steven Fletcher blocked the government last week from passing an interim supply bill — legislation that lets the government start spending in the fiscal year that starts April 1 before its annual budget is formally adopted.

The legislature is now on a break until Monday. Schuler said he hopes the bill can be passed that day so that the government can continue to operate. Even if the bill is somehow delayed further, flood work and any other needed spending will occur, he said.

"We will use whatever measures necessary to protect Manitobans."