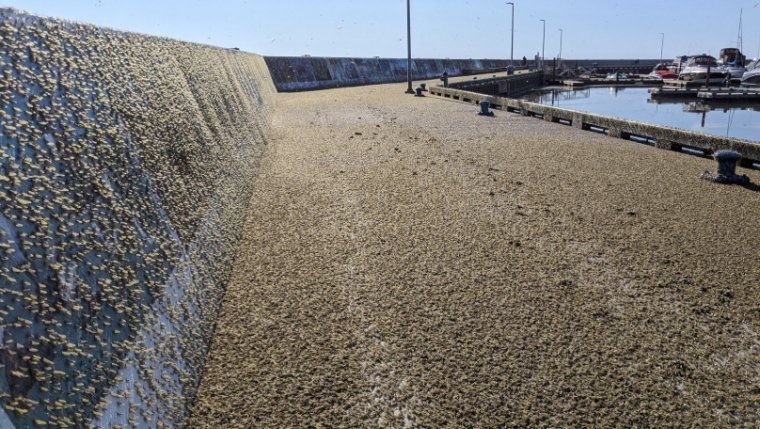 For several days every summer, stinky fish flies appear and then quickly disappear again until next year.

Some years are worse than others. Sometimes fish flies are bad enough that swarms of the ancient insects even show up on weather radar.

It takes two years for larvae to reach maturity and once they do, it's not much of a life. Adult fish flies don't eat during their brief, two day lifespan. They fly to spots like Gimli Harbour where this photo was taken and then they molt before flying off again to mate over Lake Winnipeg - and then they die.

Because fish flies look for light and something solid to attach to, they often end up on roadways where in great numbers they can cause very slippery conditions and even accidents.

As unpleasant as fish flies can be, they're a sign of a healthy lake and an important food source for fish.