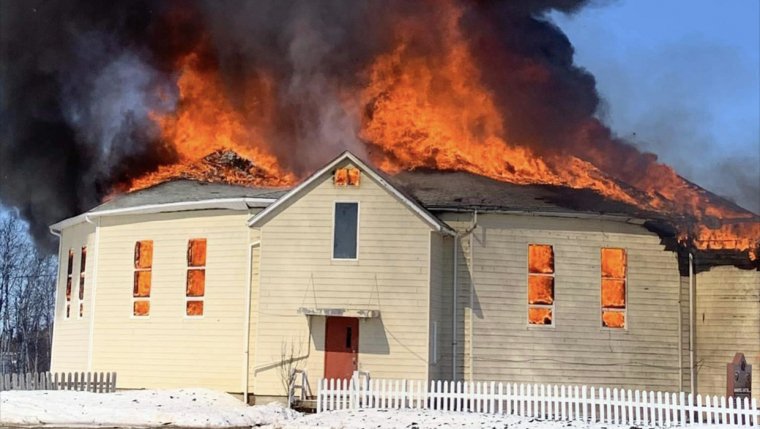 WINNIPEG - An Easter Sunday fire has destroyed the only church on a remote First Nation in northern Manitoba.

According to St. Theresa Point Chief Marie Wood, flames were spotted about an hour after morning mass.

She says Father Victor Ferdinand was there to support upset members of the community who watched as the church burned.

No one was hurt but RCMP have arrested a suspect after witnesses saw a man leave the church around the time the blaze started.