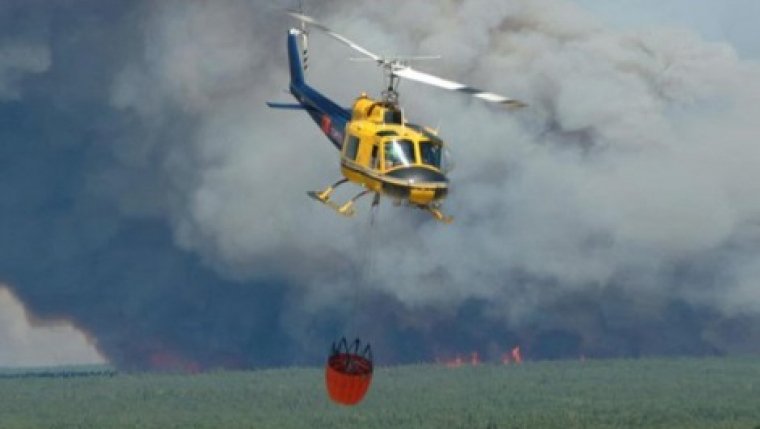 WINNIPEG - Following numerous fires in Winnipeg over the weekend, fire crews across the province continue to be busy as the RM of Piney remains under a state of emergency with a massive, out-of-control fire raging there.

The Winnipeg Fire Paramedic Service says a grass fire broke out near the corner of Bournais Dr and Dugald Rd on Saturday, and grew to the size of about four football fields. Officials say winds gusting up to 50 km/h helped to fuel the fire, and crews deployed a heat measurement drone to make sure they put out all the flames. Investigators say a train passing through the area was the likely cause of the spark that lit up the grass there.

Fire crews continue to battle a 800-hectare fire in the Sandilands Provincial Forest region, with water bombers deployed to help put out the flames. The town of Sandilands and residents in the Woodridge area are facing an evacuation alert, and, in response to ongoing dry conditions, the Manitoba Wildfire Service says it’s expanding its fire ban across southeastern Manitoba.

Though campfires are permitted in fire pits, fires may not be started if wind speed exceeds 25 km/h, and the service has expanded restrictions into the Criddle/Vane Homestead, Spruce Woods Provincial Park, Turtle Mountain, and William Lake Provincial Park.

The province has a full map of restricted areas on its website.

Most of southern Manitoba is facing a severe drought, after few rain showers during the spring. The WFPS says Winnipeg is no exception, and is urging Winnipeggers to do what they can to avoid grass and brush fires, noting that the burning yard waste and garbage is prohibited in the city.