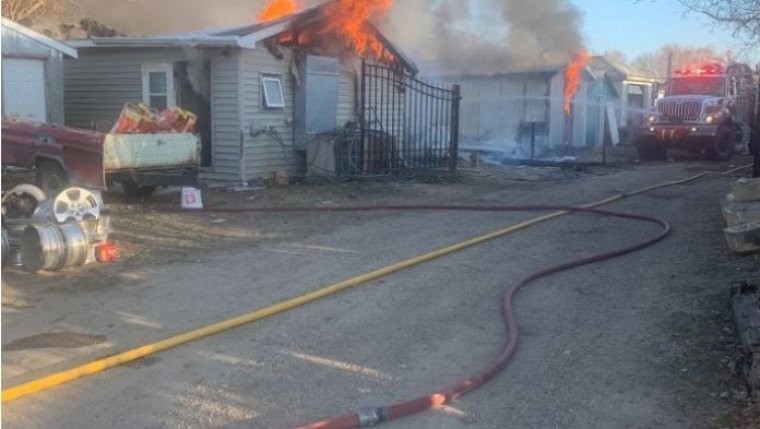 WINNIPEG - A GoFundMe campaign supporting a unique Manitoba farm that lost over 1,000 animals to a massive fire is overshooting its $10,000 goal this morning by hundreds of dollars. The couple that owns one of Canada's largest collections of exotic animals was hit with a huge loss after the fire caused the deaths of the rodents, which they had been breeding for snake food. Family members started the fundraiser just four days ago to help Westman Reptile Gardens owners Candi and Dave Shelvey, noting that, while the buildings are covered by insurance, the rodents were not.

Family members explain the reptiles themselves are safe and doing just fine, but their food, including all but two guinea pigs and 29 cages of rats, as well as what was waiting in a walk-in freezer, was destroyed. The rodents were bred at the facility to provide a sustainable diet for the large reptile population.

Witnesses say nine buildings were destroyed by the fire, which reportedly started by a malfunctioning electric fence, and the Shilo Fire Department, from a nearby armed forces base, was called in to fight the blaze.

The fundraiser surpassed its goal after a major boost of $2,000 from nearby Shilo Automotive Repair Centre yesterday. Meanwhile, the family says they are grateful after receiving a large stock of rats from a donor in the Winnipeg area.

The Westman Reptile Gardens in Douglas, Manitoba house a large collection of snakes, including boas and pythons and over 15 venomous varieties; alligators and crocodiles; various frogs, including poisonous arrow frogs and a large African bullfrog; spiders, turtles, and tortoises, and a large assortment of lizards. It’s located a 15-minute drive east of Brandon.