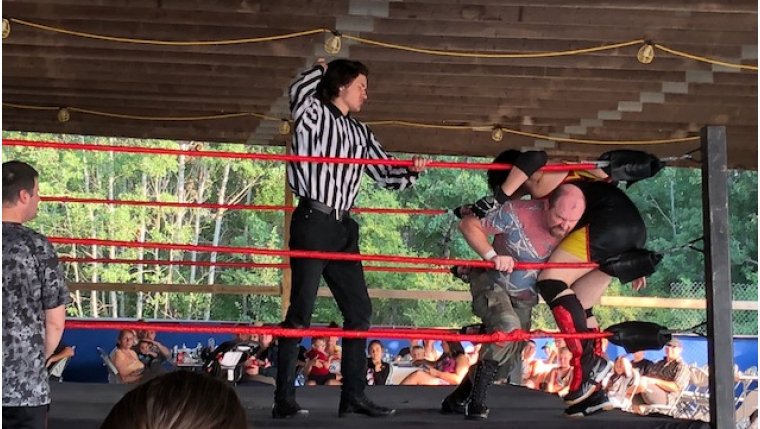 For the second straight year homegrown professional was a feature attraction at Metis Days in St Laurent, Manitoba on Friday night. The CWA promoters, who run regular “Paying it Forward” fundraising cards at the Indian Metis Friendship Centre in Winnipeg, showcased the hometown hero, Rory Ducharme. His never-say-die alter ego Jak ‘The Ripper’ Lydon brought the battle to The Canadian Crusher, AJ Sanchez.

The main event was a see-saw affair with the 16 year veteran Sanchez physically dominating the young hopeful. Lydon’s aerial tactics turned the tide and the crowd went wild for his victory. 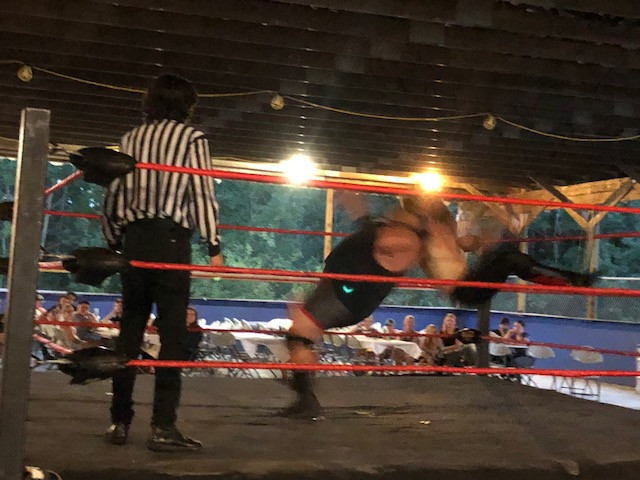 The wide variety of characters on the undercard included ‘The Rebel’ Bobby Collins, who was rolled up by the young upstart Dragneel. 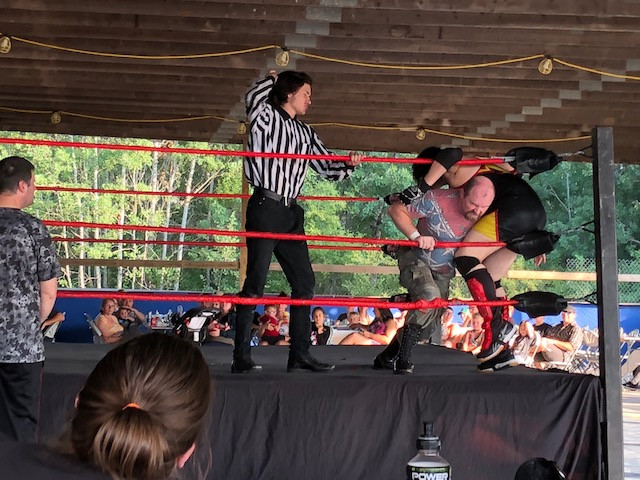 Rabid Dog Rob Stardom hesitated before getting into squared circle with US military veteran Marcellus Prime, and no wonder. 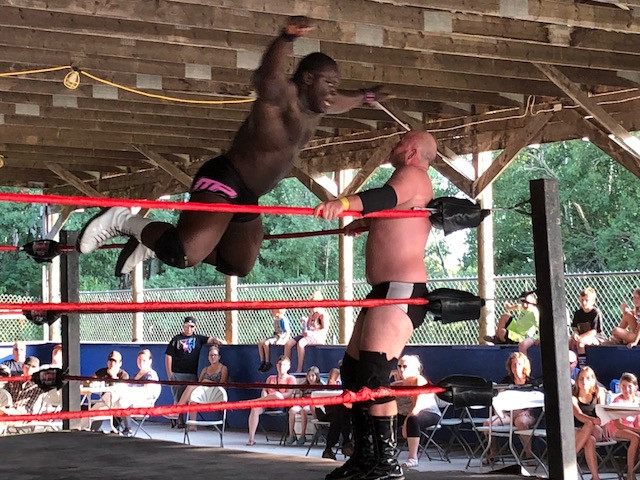 The Fabulous Creebird Kevy Chevy made quick work of Tasty Travis whose offer of reconciliation was deemed insincere. 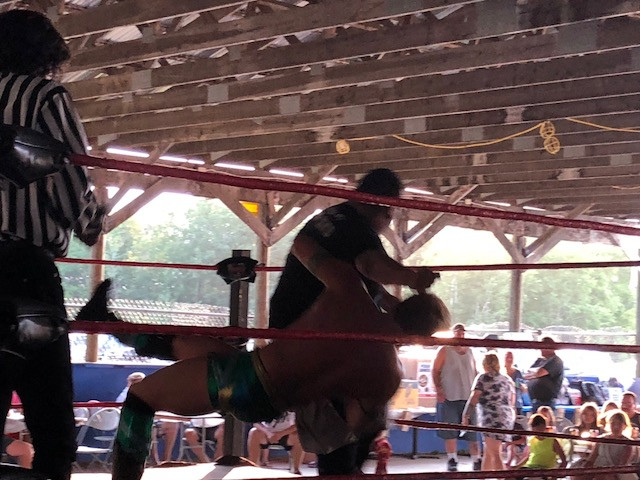 An education in wrestling was provided to 2 rookies courtesy to one of the most sought-after tag teams in the North American indie wrestling scene, Canadian Wrestling Elite’s title holders ‘Hotshot’ Danny Duggan and Tyler Colton. 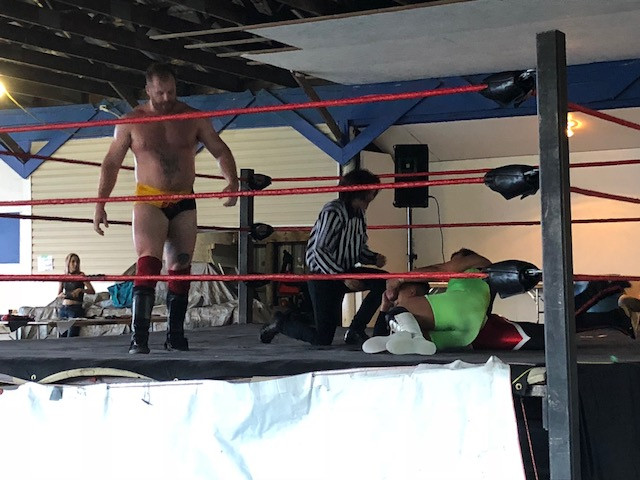 At intermission Colton had a friendly challenge with St. Laurent celebrity Ryan Jolicoeur, who has been undefeated on the leg wrestling circuit since high school. 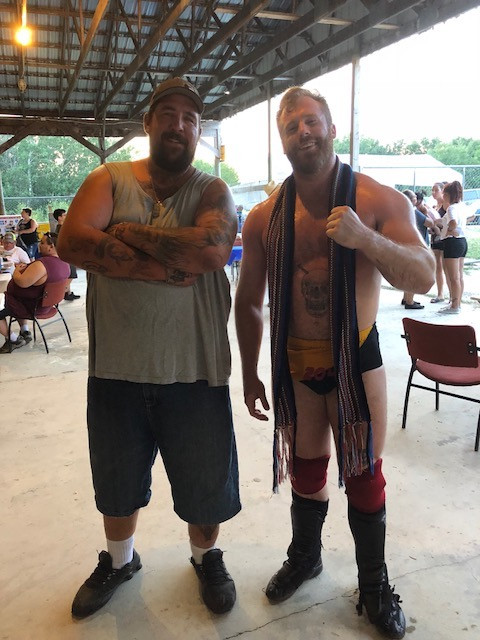