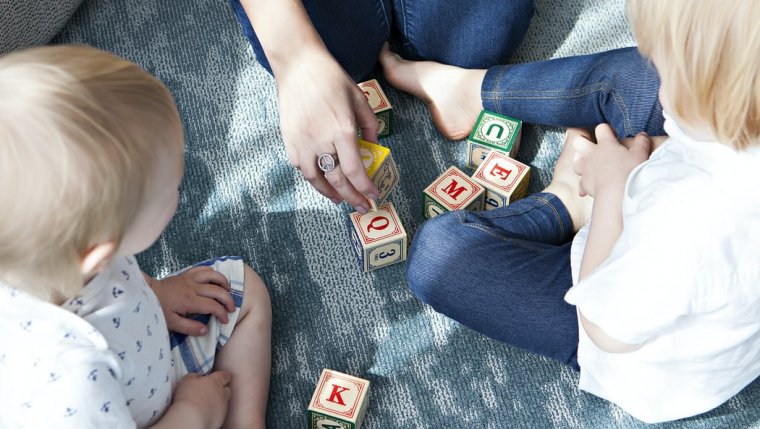 WINNIPEG - The Province is reporting its third consecutive year of decreases in the number of children in the care of Child and Family Services, and a Winnipeg advocacy leader is cautiously optimistic about improvements the announcement may indicate. The report, presented this week by Families Minister Heather Stefanson, says the number of children in care as of March 31 was 9,849 - 409 less than it was the same time last year. It reveals more than a quarter of those children are under care on a temporary basis, which designates the main goal as reuniting them with their families.

Wendi Park, Executive Director of Forever Families Canada, questions how much a change in numbers reflects a healthier state of child welfare in Manitoba, but nonetheless says the report comes at a time when they’re seeing a positive change in trajectory, and growth in public engagement. In 2018, Manitoba recorded its first drop in 15 years in the number of children in care, reversing a long trend that saw that number almost double between 2004 and 2014. To some, this latest drop may seem like a drop in a bucket.

“Our numbers are still too high,” Park says, “I say this not as a critique of our government and systems, but as a call to action for non-profits, faith sectors, commerce, and general society to work together for the best interest of the child and their family.” Winnipeg-based Forever Families is a national advocacy organization that works to help vulnerable children & their families, including youth aging out of care, through mediation and reconciliation.

In a response to challenges related to COVID-19, the provincial government announced in April that it would continue to support young people who had aged out of the CFS support system between March 20 and Sept. 30.

Last year, the Province switched to a “block funding” model for CFS agencies instead of making payments on a per-child basis. The reorganized funding model was intended to provide predictability and autonomy to authorities and agencies that work with struggling families.

Manitoba also ended the practice of issuing “birth alerts” on July 1 this year, a mechanism that was used to notify hospitals and CFS agencies of “high risk” cases where assessment was deemed necessary before a newborn is discharged into parental care. It was replaced with an engagement and planning program for expectant parents that would include referrals to cultural, community, and health supports.

Minister Stefanson says the changes were part of a strategy to direct funds toward early intervention and prevention to help keep families together and bring those numbers down, and that the last year has seen a 20 percent reduction in the number of apprehensions.

But Park is hesitant to give the government too much credit. “No doubt, seeing changes like in this report is a reflection of some great government leadership, but I would venture to say that the numbers would be astronomically better as everyday citizens and non-profits work together with the government to effectively support struggling families,” she points out.

That cooperation, Parks says, can make all the difference. “I have personally seen positive progress and really great strides in the province, particularly in recognizing the need for collaboration and willingness to think outside the box,” Park says. “For too long, there has been a societal attitude that the government should do a better job, as if any policy or person could magically undo generations of trauma.”

Park says her organization helped citizens serve 165 children using the CarePortal collaboration software suite since its Manitoba launch last November. “For many, a timely response to simple needs changes the trajectory of a child's outcome,” Park says. “Improving our provincial stats is all about combatting relational poverty, not only for those who are most vulnerable and disconnected from healthy supports, but within every sphere of society.”

The proportion of children in CFS care in Manitoba per capita, the vast majority of whom are indigenous, is still above three percent. For advocates like Wendi Park, there is still a lot of work to be done. “The disproportionate rate of Indigenous children in care screams the need for broad societal reconciliation,” Park says. “If we want to see the numbers improve dramatically, we are going to need more neighbours helping neighbours, more agencies, faith groups and non-profits leaving their logos and ideologies at the door to pursue the restoration of families together.”