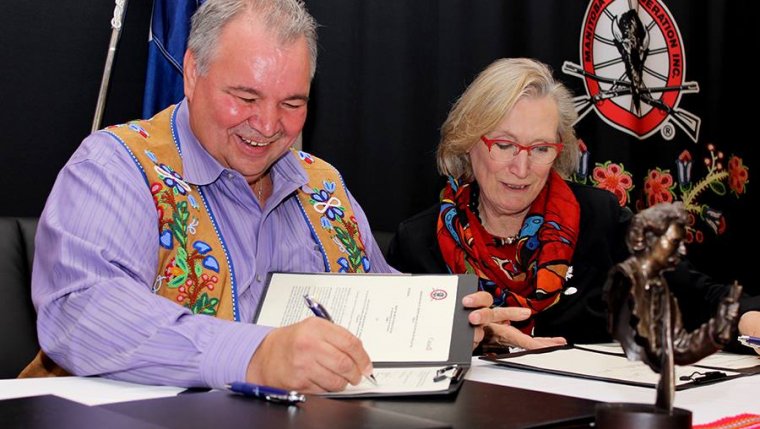 WINNIPEG — The federal government says it will provide more than $154 million to the Manitoba Metis Federation as the group works towards self−government.

The government said in a statement on Saturday that the federation will use some of the money to improve the social and economic well−being of the Manitoba Metis community.

But it says some of the dollars will also help the federation transition from its current corporate structure to a self−governing Metis government.

Ottawa says the announcement, which was made at the federation’s annual general assembly in Winnipeg, is the result of a negotiations process that began in November 2016 to resolve a land dispute that dates back to Manitoba becoming a province.

It says the money will form part of the reconciliation package that the parties are jointly working toward.

"After years of struggle and successive court decisions that affirm the Manitoba Metis Community’s rights and the need for reconciliation, we finally have our negotiating partner in the creation of the province of Manitoba back at the table in a meaningful way," Chartrand said in a news release.

As part of the 1870 deal that created the province of Manitoba, the federal government of the day promised 5,565 square kilometres of land would be set aside for the 7,000 children of the Metis.

But Ottawa botched the distribution of land. Soon new settlers began arriving in waves and speculators snapped up much of the land for a fraction of its value.

A Supreme Court of Canada ruling in 2013 said the way the federal government handed out the land failed to live up to its constitutional obligations, and the ruling opened the door for the Metis to negotiate a claim to vast tracts of land in Manitoba.

The federal government said much work remains to be done as negotiations continue, but that Saturday’s announcement demonstrates concrete progress.

"We are moving forward as true partners at the negotiating table to begin to put reconciliation into action," Bennett said in a statement.