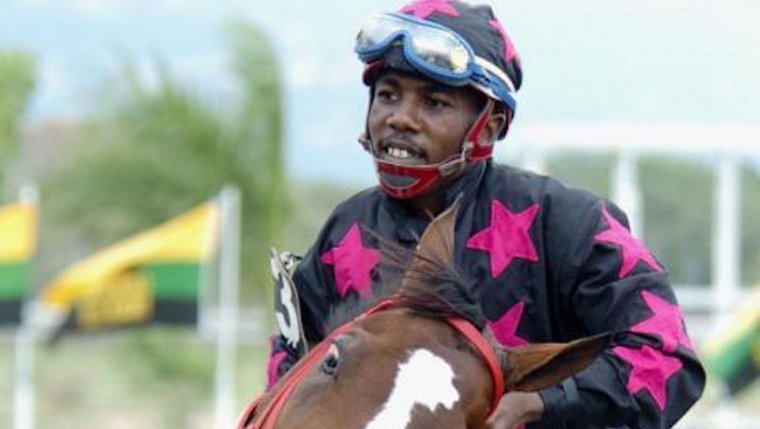 WINNIPEG - Paul Francis is a 40-year-old vegetable farmer from Port Royal, Jamaica, who has found a very lucrative second income.

Fans at Assiniboia Downs certainly know about him this year. After all, through the first four days of the 50-day 2018 meet at ASD, Francis is tied for second in the jockey standings with newcomer Domingo Chacaltana and ASD veteran Richard Mairs. All three jocks have three wins while Francis also has two seconds, a third-place finish and $28,845 in winnings – third best so far among this year’s jockey colony.

For Francis, who came to Canada to make his fortune riding racehorses in 2016, it’s a long way from his family’s vegetable farm back in the island.

“I like it here,” said Francis, who arrived at Assiniboia Downs in 2016. “I like the people here, I like the horses. I’m getting more rides. I hadn’t really done much to prove to people that I should get more rides, but things are getting better and I hope it will continue to be better this season.”

This year, he’s had 14 races and finished in the money six times. His three wins in 14 starts is one of the best percentages at the track in the early going and it will obviously mean more opportunities to ride better thoroughbreds.

Francis got into the racing business quite naturally. He comes from a small family. As in, “most members of my family are quite small.”

“Back in the ‘90s I was told that because I was small, I could be a jockey,” he said. “So I went to Caymanas (Caymanas Race Track in Kingston) 13 years ago, when I was 27. I had my first race and then I had some success there. I won a lot of races in Jamaica and then won a couple of races in Trinidad. Then I went to Miami and won a few races at Calder and then went to Pennsylvania.

“A friend of mine, Rudy, was a jockey in Jamaica who knew Derek Corbel (ASD’s Assistant Director Racing) and he said, why don’t we move up to Canada. It was a good decision for me. I like it at this track.”

In the winter, Francis goes back to Caymanas and gets plenty of rides, although last year, he had some family business and didn’t as often as he usually does.

“I’m a farmer, mostly, in the off-season,” he said with a smile. “I’m the jockey-farmer. We grow carrots, seed pepper, hot pepper, cucumber, cabbage, tomato, thyme, pine and peas.

This Friday night, Francis will have two rides on the seven-race card. He’ll be aboard Belcat, a Manitoba-bred going off at 10-1 in Race 2 for trainer Donna Johnston and he’ll ride one of the favorites, Alberta-bred Lil Lottie for trainer Eurico Martens in Race 4.

Live racing returns to the Downs on Friday and Saturday night at 7:30 p.m. And don’t forget on Fridays, Saturdays and Sundays, the free VLT tournaments continue, starting at 8 p.m. each night. You can get into the draw for 10 chances to win $20 in free VLT spins. The top winner from each night participates in a month-end finale for more spins and $250 in prize money.