Falcon-Ouellette Apologizes for not Including Women in Calendar 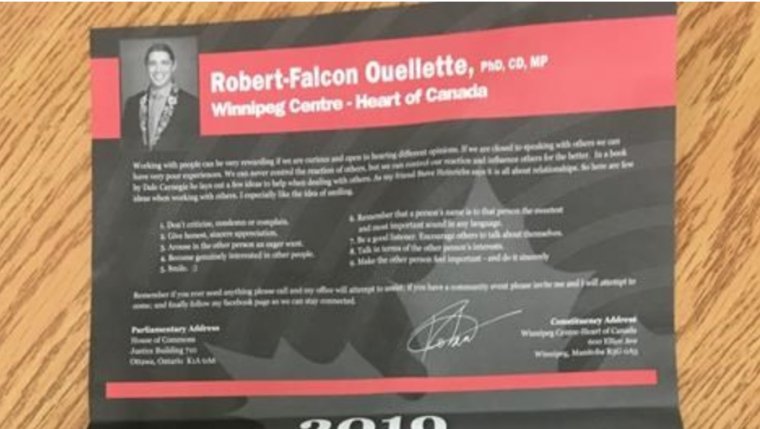 WINNIPEG — A Liberal member of Parliament is apologizing for putting out a calendar that features notable Canadians — all of whom are men.

Robert−Falcon Ouellette, who represents the riding of Winnipeg Centre, recently sent a calendar by mail to his constituents that profiled 12 Canadians.

The list includes former politicians, a hockey player and an Indigenous leader, and no women. 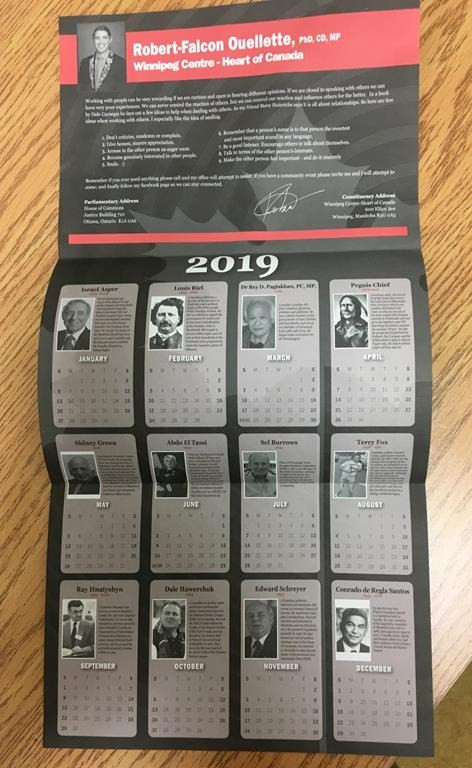 The calendar was quickly condemned on social media, and Ouellette’s Facebook account responded by posting apologies dozens of times.

In one online comment, Ouellette said he is sorry for the mistake and plans to issue another calendar soon featuring notable women.

Ouellette was first elected in 2015 in a seat that had been a long−time NDP stronghold.

"I was attempting to highlight notable people of Winnipeg. I am very sorry," reads one post on Ouellette’s Facebook page.

"I will be getting another calendar ready tomorrow," reads another.