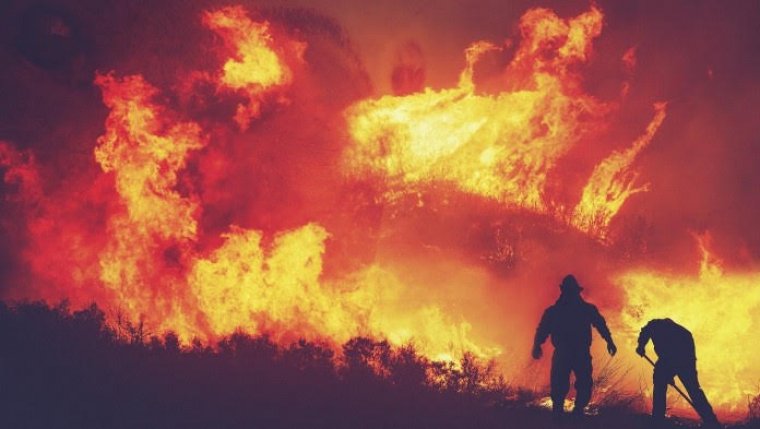 WINNIPEG - Extreme fire risk has led several eastern Manitoba communities to evacuate, and others in the region to close their roads to anyone who doesn’t live there.

More than 1,600 people from four different First Nations near the Ontario border are fleeing for their safety as smoke fills from nearby forest fires fills the area. The Canadian Red Cross says over 600 people have already been evacuated from Little Grand Rapids and Pauingassi First Nations by air, while the rest — as many as 700 — will leave in the coming days. The remote reserves are only accessible by plane.

Bloodvein and Berens River First Nations, close to Lake Winnipeg, are also in the process of evaluating. The province says communities from Lake Winnipeg to Ontario, and between the Wanipigow River and Poplar River, have travel bans that only allow permanent residents in - but those residents are being told they must get ready to leave within an hour's notice. The province has issued evacuation guidelines on their website.

Burn restrictions have been put in place throughout much of Manitoba, and campfires have been banned in many places or only allowed at night. Off-road vehicle use without a permit is also banned in some parts of the province, while fireworks have been prohibited in all provincial parks and campfires are banned in parks outside of fire and travel restriction areas.

Over 130 wildfires are burning in the province, most of them sparked by lightning and other natural causes. Approximately 25 are considered out of control. This past weekend, a water bomber fighting a forest fire in Whiteshell Provincial Park had to turn back to avoid a drone that had been flown into its flight path, putting the lives of the firefighters below in peril.

A detailed map of provincial restrictions is available on the province’s website.

The province also provides a map of municipal fire restrictions.