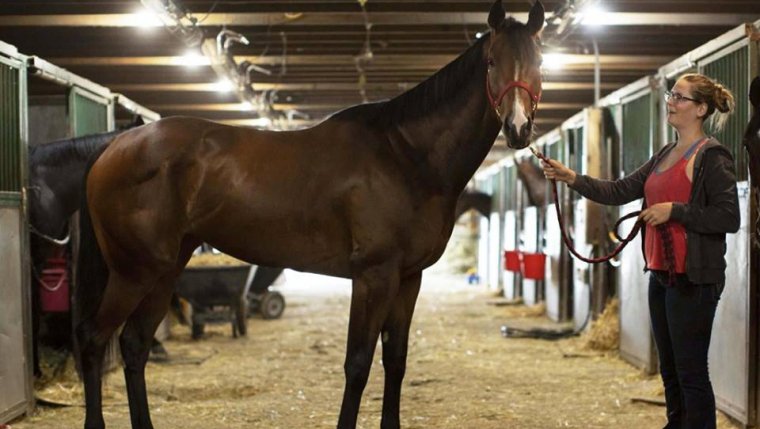 WINNIPEG - What a weekend. There was so much going on at Assiniboia Downs that we’re almost out of breath.

On Friday, the 2017 Manitoba Horse of the Year, Escape Clause, with an impressive ride from Adolfo Morales, easily won the $27,500 LaVerendrye States. The Super Filly trained by Don Schnell went off at 1-9 and gave racing fans the fastest time of the 2018 meet thus far, with a blistering 1:11 over six furlongs.

You can’t make any money betting on Escape Clause, but when she runs, you know you’ll always get an impressive performance.

On Saturday, Justify won the Belmont Stakes and the Triple Crown in a spectacular race in front of a solid betting group in the Clubhouse.

Then, on Sunday, it was the first Night Market of the summer.

As well, for racing fans, it was a big weekend for a number of jockeys. Chavion Chow won two races on Friday night and one more on Saturday, while Renaldo Cumberbatch and Prayven Badrie each rode two winners.

Meanwhile, trainer Don Schnell had three winners on the weekend, including Escape Clause’s victory in the LaVerendrye, while Elton Dickey won the first race on Friday and the last race on Saturday.

So the jockey standings through June 10, look like this: Morales continues to lead with 11 wins, six seconds and 10 thirds in 37 starts. He has $118,814 in earnings. Antonio Whitehall, who ride a winner on Saturday night, is second with 10 wins, 20 seconds, six thirds in 57 starts. He has an ASD-leading $128,588 in winnings. And Nelson is third with nine wins, three seconds and nine thirds in 47 starts. Tyrone has won $99,867 for his owners. Richard Maris has eight wins while Badrie, Cumberbatch and Chow each have six.

In the trainers’ standings, Jerry Gourneau leads with 12 wins and $100,736 in earnings. Schnell is next with eight wins and $73,309 in winnings and defending champion Tom Gardipy Jr. is third with six wins and $69,115 in earnings, tied with Murray Duncan, who has six wins and $68,087 in purses.

Don’t forget, this is Week 3 of Wednesday night racing so it’s a three race-night week at Assiniboia Downs.

And don’t forget, on Fridays, Saturdays and Sundays, the free VLT tournaments continue, starting at 8 p.m. each night. You can get into the draw for 10 chances to win $20 in free VLT spins. The top winner from each night participates in a month-end finale for more spins and $250 in prize money.

And remember, you can bet on the Belmont Stakes and watch the race live at Assiniboia Downs.