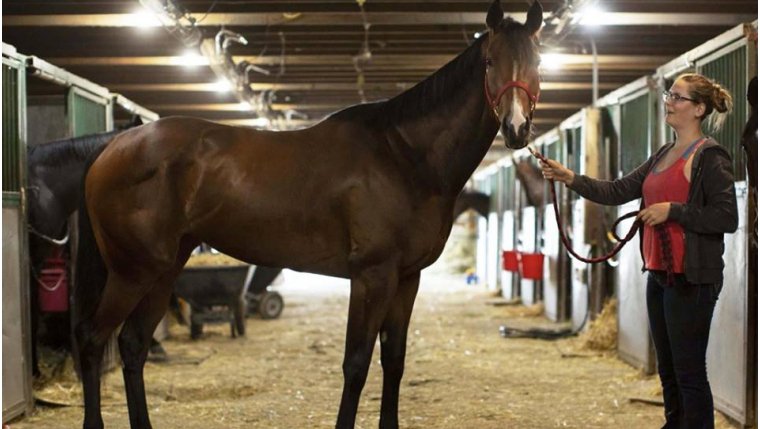 WINNIPEG - It was only a four-mare race, but at least, this time, it was an actual race.

The last time Escape Clause tried to run at Assiniboia Downs, race organizers couldn’t find three other horses to race against her. This past Wednesday night in the 39th running of the $27,500 Winnipeg Sun Stakes, defending champion five-year-old C.J.’s Flair along with Tadaa and Amaretto went to the post to face the four-year old super filly and the outcome was exactly as any casual racing fan might suspect.

Going off at 1-9, Escape Clause got out of the gate second best to C.J.s Flair. but she was only behind for about 50 feet of track. Jockey Adolfo Morales took Escape Clause right to the front and she stayed there. Granted, she got a bit of a challenge from C.J.’s Flair at the final turn, but Morales looked back, asked Escape Clause for a little more and the 2017 Assiniboia Downs’ Horse of the Year turned on the jets and won by 5 ¾ lengths.

It was only the second time at this year’s meet that ASD fans had a chance to see Escape Clause race. A Manitoba-bred trained by Don Schnell and owned by Schnell, Barry Arnason and True North was, as always, ridden to victory by by her best friend, jockey Adolfo Morales. Interestingly, Arnason either owned or had part-ownership in three of the four horses in race – Escape Clause, Tadaa and Amaretto. Tadaa finished second to Escape Clause three times last year and won the 2017 Manitoba Oaks without Escape Clause in the field.

Before Derby Weekend from Aug. 3-6, there will be racing on both Friday and Saturday nights this weekend. However, there will be no Wednesday night racing next week or the week after. Wednesday racing returns on Aug. 15.

Of course, on Fridays, Saturdays and Sundays, the free VLT tournaments continue, starting at 8 p.m. each night. You can get into the draw for 10 chances to win $20 in free VLT spins. The top winner from each night participates in a month-end finale for more spins and $250 in prize money.