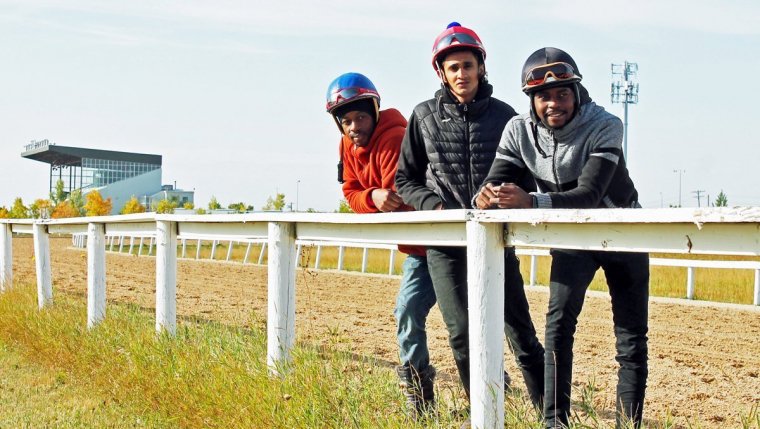 Let it be recorded that on Sunday afternoon, the final race of the 2018 live thoroughbred meet was won by Ebadan, a horse owned by the successful Assiniboia Racing Club (with 54 share-owning members).

Let it also be remembered that the final stakes races of the meet were won by Escape Clause (the Manitoba Matron Stakes this past Friday), Why So Blue (the J.W. Sifton Stakes on Saturday), Eye Catching (the Winnipeg Futurity on Sunday) and Rascal Candy (the Buffalo Stakes on Sunday).

The final weekend of live thoroughbred racing at Assiniboia Downs is finished for the 2018 season, and it was an outstanding season for Winnipeg’s popular racetrack.

The track has record crowds for Opening Day, the Manitoba Derby and Fan Appreciation Weekend and once again, wagering rose. This year, wagering was $33,997 per race compared to $32,052 last year. That number includes partner wagering from other racing venues in North America, which carried Assiniboia Downs races.

“Without question it starts with the customers,” said CEO Darren Dunn. “The attendance was again through the roof. Continuing to move the needle in the right direction with that kind of support made the season totally worthwhile.” Canada Day saw more than 10,000 pack the stands, a number not seen in decades.”

Jerry Gourneau from Turtle Mountain Chippewa Reserve near Belcourt, N.D., became the second First Nations trainer to win the trainers’ championship at the Downs – and the third straight considering Tom Gardipy Jr. from Beardy’s and Okemasis First Nation in Saskatchewan had won the last two in a row.

According to Ivan Bigg at the Downs, our little track also had the distinction of having the winningest horse in North America: “Hot Rodin,” said Bigg. “Is a 5-year-old gelding, who recently won his sixth race at the Downs, giving him a total of eight on the year. His other two wins came at Turf Paradise in Phoenix. It’s quite an accomplishment.”

Remember, the free VLT tournaments continue on Friday, Saturday and Sunday, starting at 8 p.m. each night. You can get into the draw for 10 chances to win $20 in free VLT spins. The top winner from each night participates in a month-end finale for more spins and $250 in prize money.

The Great Benjamins Circus comes to the Downs under a big top erected in the parking lot from Sept. 21 to 23. Chef Gerry Tummillo’s popular Thursday Night Prime Rib Buffet Specials -- at just $27.95 -- begin on Sept. 27.

In all, it was another tremendous season at the Downs.

“With our ability to attract new stables and more horses this year,” said Dunn, “it created a positive domino effect with the average field size up, an increase in overall wagering and even more significant economic impacts for the province. That is a win-win-win effect.”