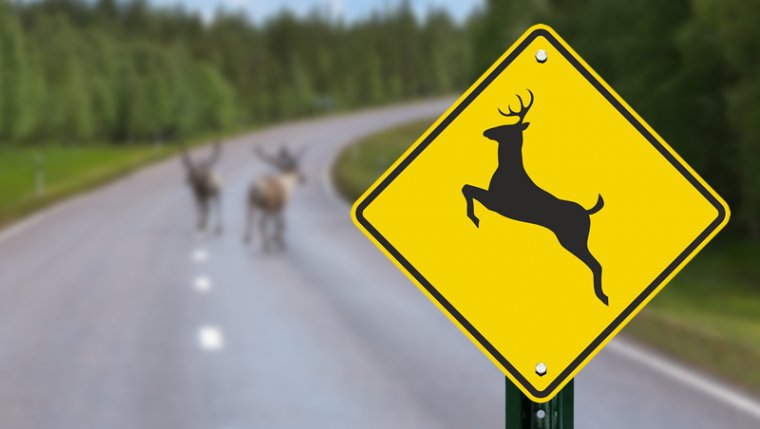 Manitoba Public Insurance is reminding Manitobans to watch out for deer as they drive, particularly in Eastman. The region includes the communities of Steinbach, Lac du Bonnet, Anola, Birds Hill Park area and Falcon Lake. Eastman has the most vehicle-deer collisions with an average of 1,700 yearly.

Winnipeg dropped one level to sixth on the list, but MPI warns that there are still nearly 7,000 vehicle-deer collisions in Manitoba every year and drivers need to be aware.

In addition to raising awareness of high-collision hotspots by publishing its annual listing, Manitoba Public Insurance works in partnership with the city of Winnipeg to place high visibility message signs at strategic locations identified as key wildlife-vehicle collisions hotspots. A total of 14 locations have been identified within Winnipeg.

In rural Manitoba, signs will be placed in Riding Mountain National Park, warning drivers of the potential danger of collision with wildlife and encouraging safe speeds, particularly between dusk and dawn.

On average, about 400 people are injured in wildlife-related collisions yearly. Over the last 10 years, seven people in Manitoba have been killed in crashes caused by an animal on a road. Overall,Manitobans are involved in more than 11,000 vehicle-wildlife collisions yearly according to Manitoba Public Insurance data.

Tips to help keep you safe:

· Slow down when you see wildlife crossing signs and drive with extreme caution scanning the road ahead as well as shoulders and ditches.

· Animals are normally more active at dawn, dusk and at night.

· Be especially alert where brush and tall grass grow near the road.

· Watch for the reflection of headlights in the eyes of a deer, or a dark silhouette.

· Do not swerve if an animal does cross in front of your vehicle ─ brake firmly to reduce the impact between an animal and your vehicle.