Early Election Could Happen for Manitoba 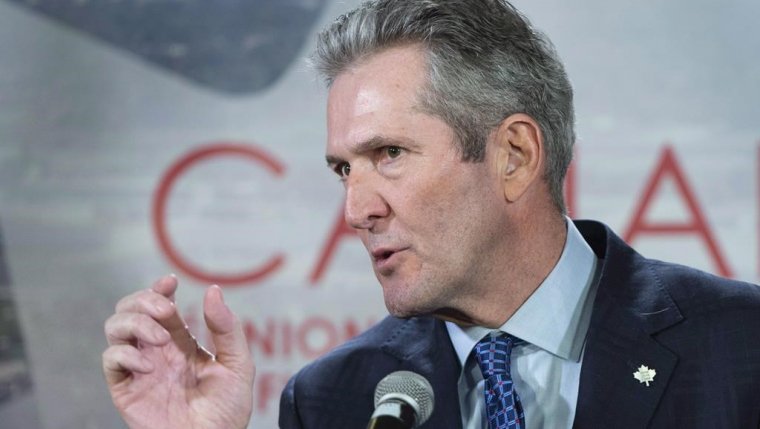 WINNIPEG — Flush with party fundraising cash and facing two opposition parties still in rebuilding mode, Manitoba Premier Brian Pallister is not ruling out a snap election call well in advance of the scheduled date of Oct. 6, 2020.

In a year−end interview with The Canadian Press, Pallister would not commit to stick to the date.

"Why would I give my opponent that advantage? I’ll just say 2020 is what it’s scheduled for," Pallister said. "I was in sports too long. I’m not giving away whatever minor advantages I may have. I’m not giving them away."

Pallister hinted the election could be moved up, depending on whether Prime Minister Justin Trudeau changes the federal election set for Oct. 21, 2019. Trudeau recently told The Canadian Press he is sticking firmly with that date.

Pallister’s Progressive Conservatives are, by many measures, in a good position to hit the campaign trail. They were elected in 2016 with the biggest majority in Manitoba in a century, and have been raising exponentially more money than the NDP and Liberals, who took more than a year to pay off their campaign debts.

The Tories are also facing a more evenly divided opposition that could split the centre−left vote in the next election. The Liberals won a byelection last summer in St. Boniface — a constituency previously held by the former NDP premier — and have enough legislature seats for official party status for the first time in more than 20 years.

The Tories should also benefit from changes they made last year to election financing laws. Political contribution limits have been raised and limits on partisan political advertising have been loosened.

Under the former rules, parties were limited to what they could spend on advertising throughout an election year. Now, there are limits only on the 90−day period before a fixed election date.

And if Pallister decides to go to the polls in 2019, there would only be advertising limits in the campaign period — which can be between 28 and 34 days — because it is not the year of a fixed election date, according to Elections Manitoba.

NDP Leader Wab Kinew said his party is gaining steam. Fundraising is increasing, he said, and the party was recently able to boost its advertising plans. The crowd count at the party’s annual fundraising levee in November was the largest since the last election.

And while Kinew said there is much more work to do to get ready for the next vote, he feels people are becoming more receptive to the NDP’s opposition to the government’s cuts to front−line services such as health care.

"That’s my real focus — to contrast against Pallister and to offer a strong alternative," Kinew said.

While Pallister wouldn’t commit to an election date, he did firmly commit to cutting the provincial sales tax by one percentage point before calling the voters to the ballot box. He campaigned on that promise in 2016. The move will require a vote in the legislature, which would force the opposition parties to either support or oppose it.

"Absolutely," Pallister said firmly when asked whether he will abide by his tax−cut promise.

"That I can tell you for sure is happening."