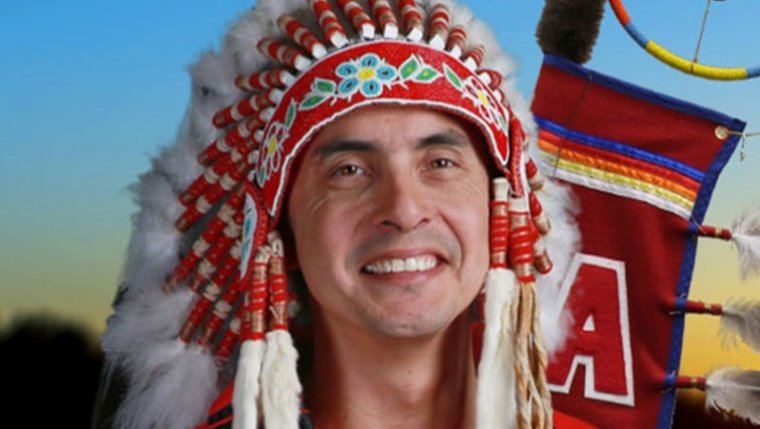 WINNIPEG - Assembly of Manitoba Chiefs Grand Chief Arlen Dumas says the toppling of the statues of two queens in downtown Winnipeg was disappointing and unfortunate.

At the conclusion of one of several walks on Thursday organized by multiple groups advocating for victims of Canada’s residential school system, a crowd of protestors pulled down the statues of both Queen Victoria and Queen Elizabeth II on the grounds of the Manitoba Legislative building. The statue of Queen Victoria was covered with red paint, and its entire base was painted with red handprints. The head of the Queen Victoria statue was removed and eventually thrown into the nearby Assiniboine River.

Dumas says there are better ways to work toward reconciliation, suggesting a collaborative effort to replace the statues with something that would better reflect Manitoba’s history and identity. Dumas says while what happened to the statues was unacceptable, he understands young indigenous people have been triggered by the weeks of news of unmarked grave discoveries on residential school grounds. He says he is proud of the peaceful display of solidarity shown by the orange-clad march participants who had converged at the Canadian Museum for Human Rights at the beginning of the event. Dumas was among the crowd, riding to the legislature on horseback part of the way.

Indigenous political advocacy organization Manitoba Keewatinowi Okimakanak says while they were one of the event's organizers, they were not involved in the pulling down of statues. But MKO Chief David Monias says he won’t condemn it. "I will not condemn the people, as they are hurt mentally and emotionally,” Monias says, “Because the truth that came out is hurtful and damaging."

Another organizer, Treaty One Nation, says it’s committed to peaceful actions and demonstrations. The Winnipeg Police Service says they arrested one person who was accused of damaging vehicles at the legislature.

The Queen Victoria statue was placed on the grounds in 1904. That monarch presided over a young Canada as it developed its residential school system, which lasted 103 years.