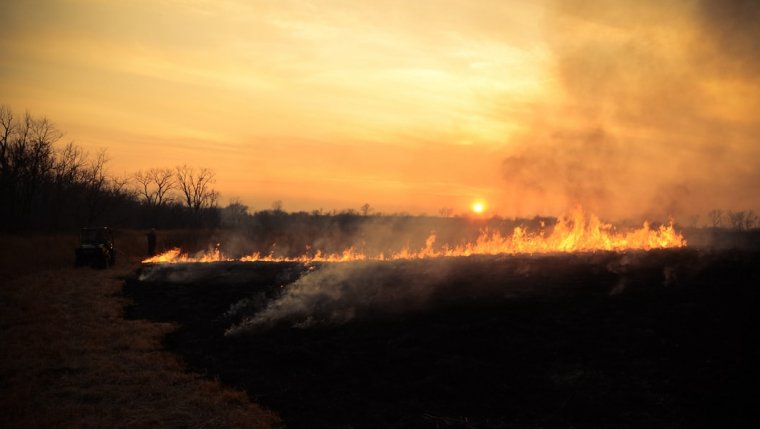 WINNIPEG - Just days after the Manitoba Wildfire Service’s announcement of high wildfire danger, in much of the province, fire departments across the province are busy tackling grass fires, and some regions have declared an even higher danger level than the rest of the province.

The Winnipeg Fire Paramedic Service extinguished a fire near Charleswood Rd Monday afternoon, encountering brush and grass engulfed in flames that spanned hundreds of metres. It took them more than an hour to put out the blaze, and a member of the WFPS crew required medical attention.

Meanwhile firefighters in Stuartburn spent nearly 12 hours putting out a massive wildfire there, finally getting it under control early this morning. That fire started in the southeastern Manitoba town of Zhoda, and ended up burning around 400 acres of land, but the local fire department says fortunately nobody was injured and nobody needed to evacuate. They plan to use a heat camera mounted on a drone to make sure it doesn’t flare up. The causes of both fires are unknown.

While the Wildfire Service recently raised the Wildfire Danger Level to 2 across southwest and eastern Manitoba, the continued warm and dry conditions have caused the Morden and Winkler Fire Departments to increase the local Fire Danger Level to 3 in the region, along with RM of Stanley, after battling several grass fires there over the past weekend. Winnipeg currently doesn’t have Municipal Burning Restrictions, although the Provincial Office of the Fire Commissioner will be notified of any changes.

- driving ATVs and other off-road vehicles is prohibited except with a travel permit;

- camping is restricted to developed campgrounds (backcountry not allowed);

- campfires are permitted only between the hours of 8 p.m. and 8 a.m.;

- landing and launching is restricted to developed shorelines only;

- controlled burning is allowed, including safe use of burn barrels, while fireworks and burn permits may be issued

- no controlled burning is allowed

- supervised, safe use of burn barrels in rural areas is allowed

For other details on the fire danger levels, maps, restrictions, or burning permits, you can visit the province’s wildfire page here.

In additional to contacting local emergency departments, you can report wildfires by calling 1-800-782-0076